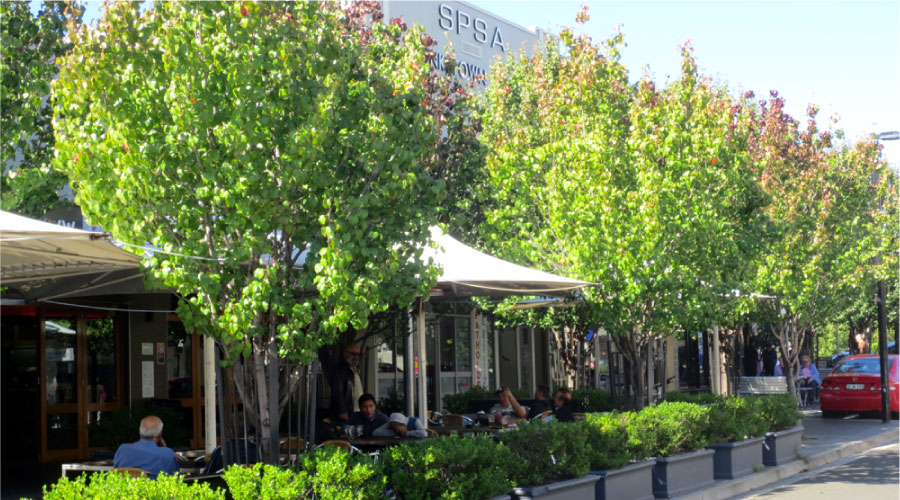 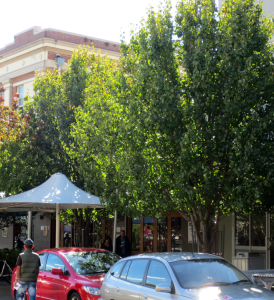 Seven years since its completion, the Bankstown City Council CBD streetscape upgrade has been heralded an enduring success. In 2008, both the CBD Bus Corridor and Transport Interchange were refurbished with a reconfigured street layout and circulation, new granite pavements, street furniture, and trees. The project won first prize in the Local Government / Public works category of the 2009 Engineering Excellence Awards of the Institute of Public Works Engineering Australia NSW (IPWEA), and also first prize in the Cement and Concrete Association of Australia (CCAA) 2009 Public Domain for Streetscape.

Street trees used were a combination of Pyrus calleryana ‘Bradford’, Lagerstroemia indica ‘Tuscarora’ and Fraxinus pennsylvatica ‘Urbanite’, and were planted using the Citygreen structural soil cells system. This was the first structural soil cell project installation for the Council, with Citygreen on-hand to assist contractors, ensuring installation and planting were done correctly. 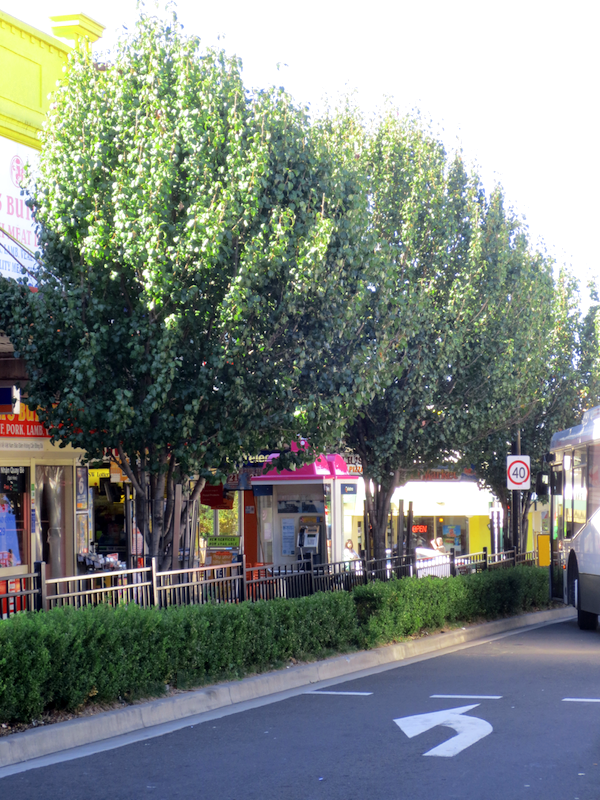 Each tree pit was linked by a linear trench backfilled with media suitable for optimum tree growth, allowing sub-soil drainage and passive irrigation. The Council also invested in tree grates and guards to enhance the prestige of the tree planting, selecting the heelsafe Duraplate in Paseo design for top plate, and a custom vase-shaped tree guard in ‘Bronze’ finish to protect the tree trunks and increase tree presence.

Emily Forrest, Landscape Architect in the Sustainable Development Unit at Bankstown City Council, said, “The combination of both these details has resulted in healthy trees that have performed well, are in optimal condition, and provide high amenity value as urban tree assets. As a result, Council has since leveraged the Citygreen Stratacell product in multiple streetscape projects.”

One such example is the advanced street tree planting works in nearby South Terrace / Chapel Road South, known locally as Saigon Place. Twelve 200 litre advanced Sapium Sebiferum were planted within the widened footway, and – like the Bankstown project – were linked by a trench allowing optimal lateral root growth, sub-soil draining, and passive irrigation. Planted in 2010, these Chinese Tallows are now strong, healthy, and show excellent growth vigour and form. 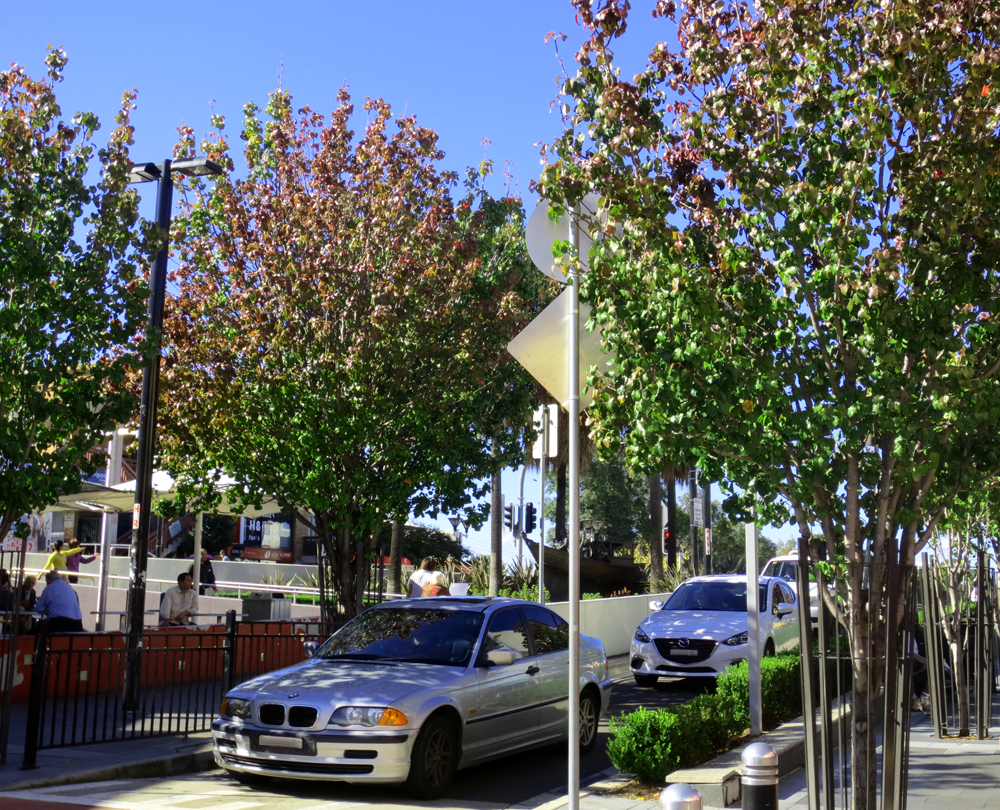 Council has again specified Citygreen Stratacells in the Fetherstone Street project, which is currently under construction. Unlike Bankstown and Saigon Place, the cells are located within a trafficable parking lane rather than a pedestrian footway. Stratacell is up to the job though, being the strongest module of its kind globally by a significant margin. Fetherstone Street will only have four advanced Ulmus parvifolia ‘Todd’ as feature specimens, so Council has specified Stratacell knowing that it will enable these trees to quickly establish and reach the desired raised canopy.

Emily Forrest concluded by describing the original Bankstown project as, “…a leap of faith which has definitely worked out for us. All of the trees planted using the Stratacell system are looking fantastic.”