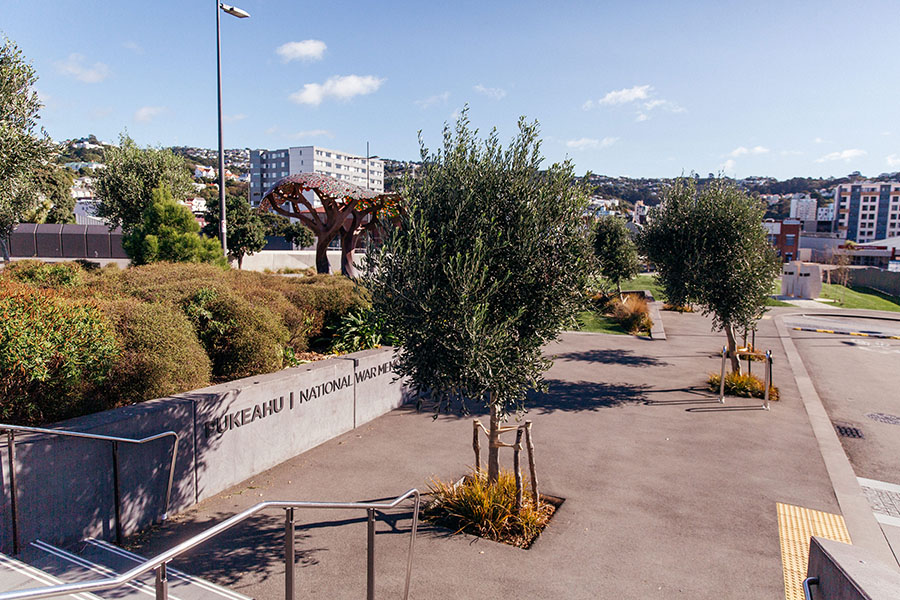 Located in Wellington, just a 15 minute walk from Te Papa and the waterfront, the Pukeahu National War Memorial Park is a special place for commemoration in New Zealand’s capital. Created in 2015 to enhance the setting for the National War Memorial, the park honours more than 30,000 New Zealanders who gave their lives in war, and all those who served.

As well as helping locals and visitors reflect on New Zealand’s experience of war, the park contributes to a strong sense of national identity. It is a public gathering place for ceremonial occasions and a space for quiet reflection.

Citygreen, together with our trusted New Zealand partners, Metrogreen, were proud to collaborate with key stakeholders, including Moorhead & Newdick Landscape Architects, Wraight Athfield Landscape and Architecture, Aurecon Australia and Wellington City Council to bring this significant space to life. 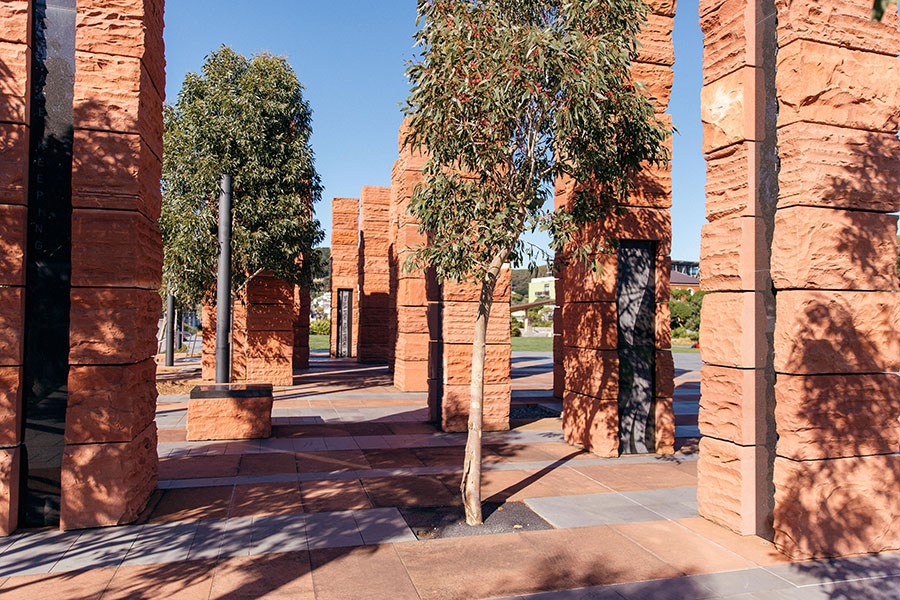 Originally concepted in 2007 by Wraight Athfield Landscape and Architecture, Pukeahu was designed and built in time for the 100 year ANZAC Day commemorations in 2015. The vision was to create a landscape that ‘evokes, supports and hosts’ commemoration.

A major goal was to allow people to move easily between the two sections of the park – the Australian War Memorial and the National War Memorial – whether walking or cycling. From the terraces to the pavilions, every element was designed to encourage exploration, with no set entry or exit points.

Ensuring plenty of green space with native plants was another key objective. Lush lawns with thoughtful areas for sitting, relaxing, playing and picnicking were all part of the plan for Pukeahu – and Citygreen played an extensive role in delivering this vision. 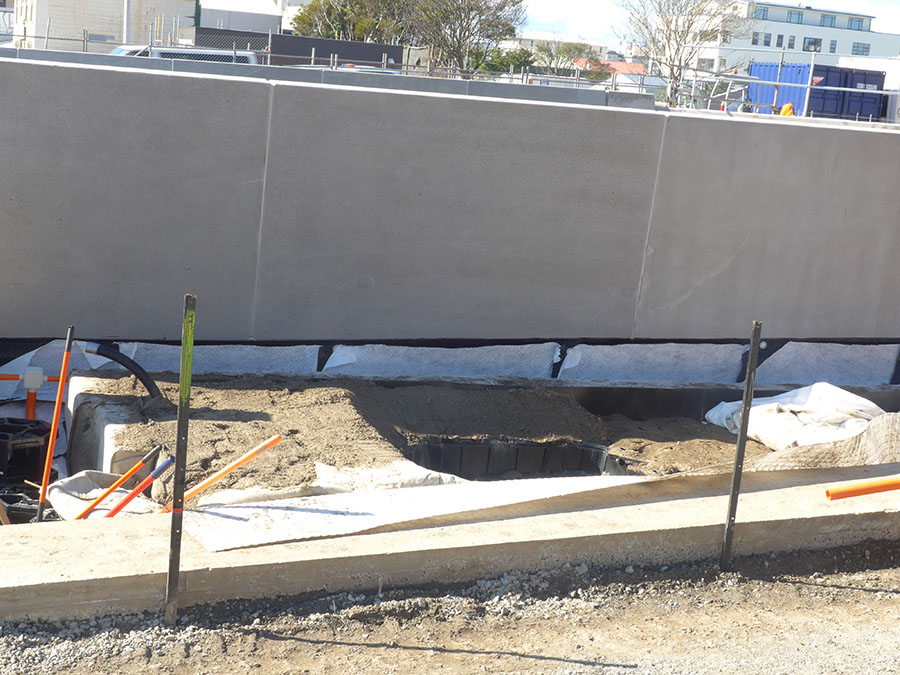 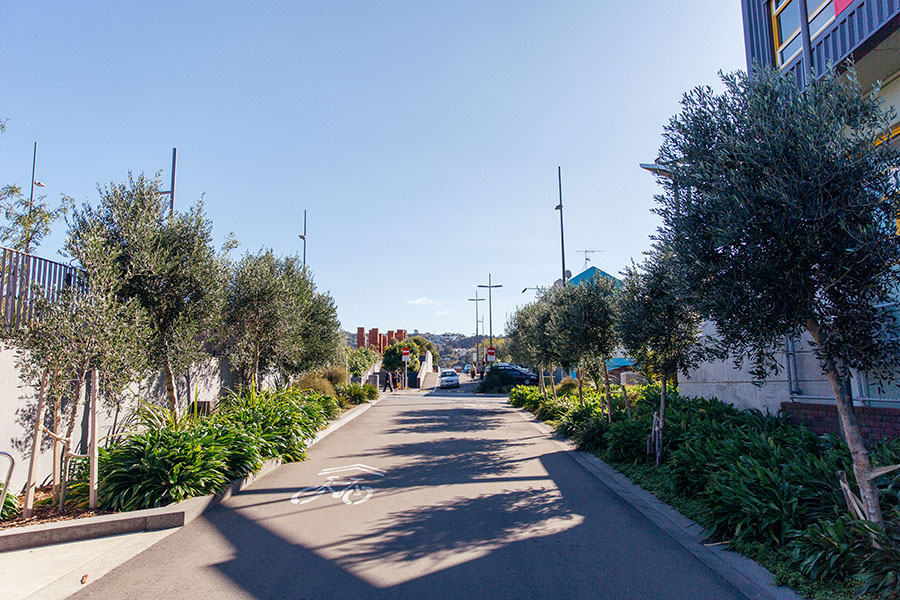 Citygreen’s Stratacell system was used in both the Australian and New Zealand sections of the park. Stratacell was chosen for its proven ability to grow large, healthy trees while delivering a range of sustainability, assembly and installation benefits, including: 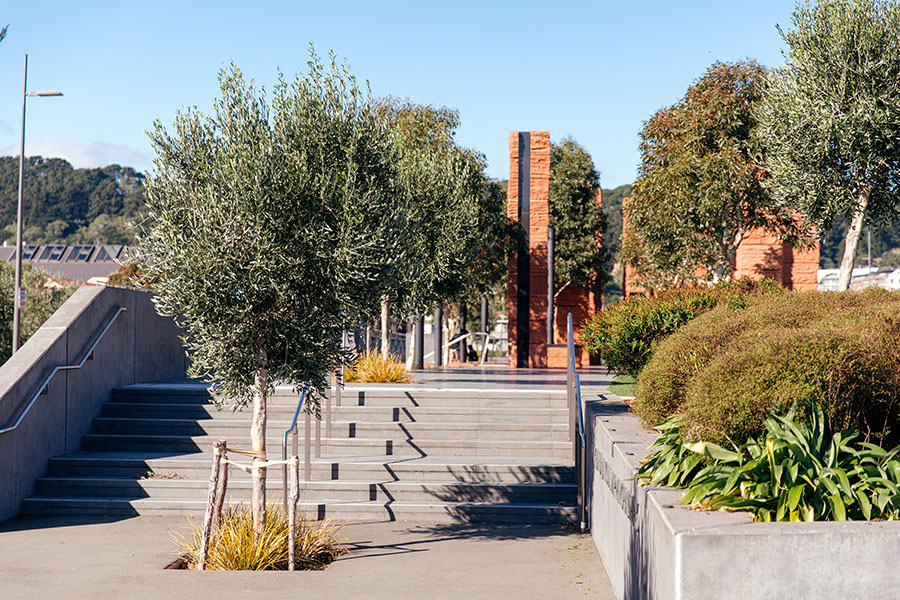 Stratacell was paired with Citygreen’s root management and aeration systems, including RootRain, ReRoute and RootStop, to ensure easy maintenance and long-term health of the trees.

In terms of the species chosen, native pohutukawa, northern rata, kowhai and Australian eucalyptus were installed on the eastern flank. These are complemented by imported species, such as Chinese elms, olives and a single Gallipoli pine on the western flank.

In the central area, red tussock and flax lily mixed with red carpet roses were chosen for ANZAC celebrations. White flowering rengarenga lilies and chatham island forget-me-nots were selected for Armistice Day in spring. Other plants, such as New Zealand iris, tussocks, ferns, hebe, low manuka and creeping fuchsia were used on the lawns and terraces.

As with any project of this size, there were some project challenges. In an article for for Manatū Taonga – the Ministry for Culture and Heritage – architect John Hardwick-Smith said, “A key challenge has been to shape a space that supports and reflects commemoration, while also creating a great robust urban space for everyday use, that can develop and grow with the city around it.”

Four years on from its official opening, it’s clear these objectives have been achieved. 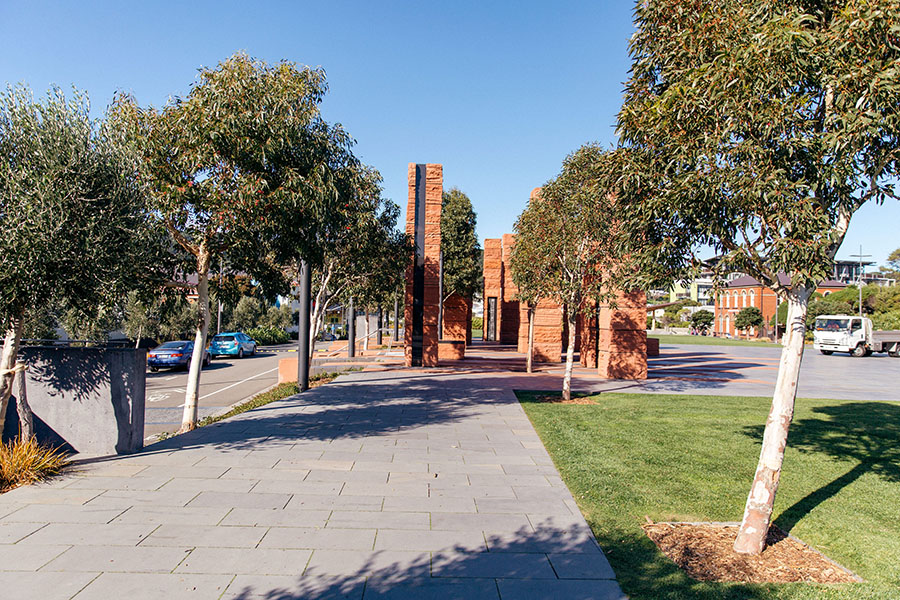 Pukeahu’s official opening ceremony was attended by several thousand people on 18 April 2015. Since then, Pukeahu has continued inspire and host the community, attracting hundreds of visitors every day. While the journey from concept to creation was long, the results speak for themselves.

“We can all now see the vision formed – the permanence of Pukeahu and what it will mean as a national war memorial, making it a very special place for all New Zealanders,” said landscape architect Megan Wraight in an article shortly after the opening.

As well as the positive public response, Pukeahu National War Memorial Park has won prestigious landscape and architecture awards, including: