In the heart of Melbourne’s growing southeast corridor lies the City of Dandenong. In 2010, a comprehensive ‘Revitalising Central Dandenong’ initiative was launched by the Victorian government through Places Victoria. Seeking to rejuvenate the rundown Lonsdale Street precinct, a team of renowned Landscape Architects, Engineers, and Builders came together to create a fresh new future for the city.

Five years down the track, the project has proven to be an overwhelming success, with Lonsdale Street now considered one of Melbourne’s great boulevards. A green, pedestrian-friendly main street encompasses the city’s vibrant retail industry with wider footpaths, various urban furniture, bicycle stands, and – the jewel in the crown – 251 thriving Pin Oak trees. In line with urban stormwater best practice, there are also a number of rain gardens which capture and treat stormwater, which is then reused for irrigation. 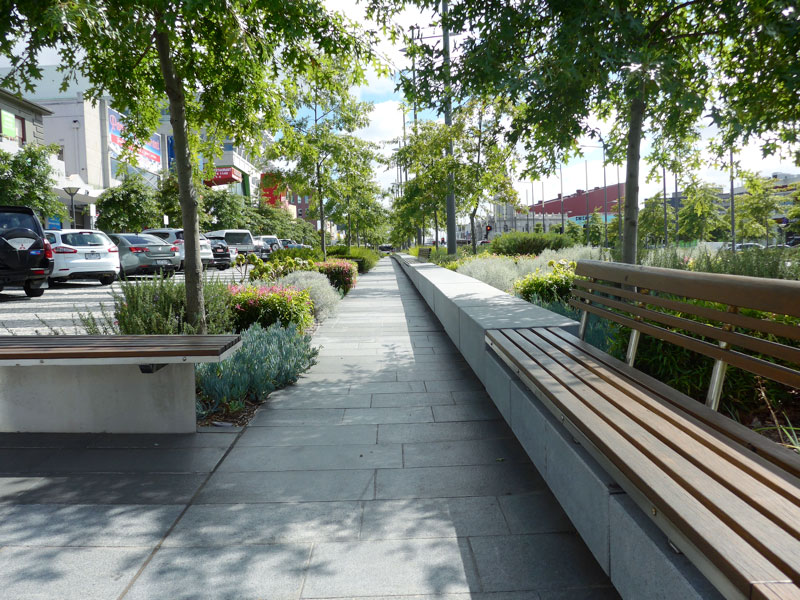 Today, the thriving streetscape looks as if it’s always been there, belying the comprehensive engineering and technology below ground that made it all possible. Whilst the original design specified reinforced concrete slabs supported by streel screw piles over a continuous soil trench, the suspended slab ultimately proved too expensive due to poor ground conditions. Argot Consultants Pty Ltd & KLM Spatial were engaged to investigate cost-effective alternatives to piling, and after seeing several successful projects in Auckland, New Zealand, Citygreen’s Stratacell product was selected. 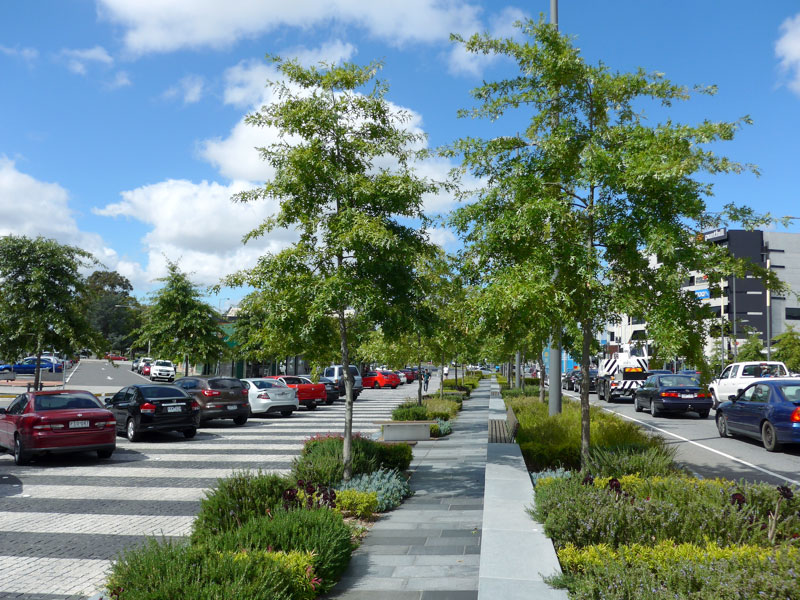 Landscape contractor Sugan Blanchard, of Canteri Bros Construction Pty Ltd, said, “Argot Consultants Pty Ltd & KLM Spatial came up with the Stratacell system, which provided cost and time saving to the project. The main cost saving was on the reduced thickness of the slab as it was designed as a slab on ground instead of suspended slab. We had never used this system before but found it to be easier to install and time efficient, providing the structural strength to overlying pavement while allowing uncompacted growth media for trees.” 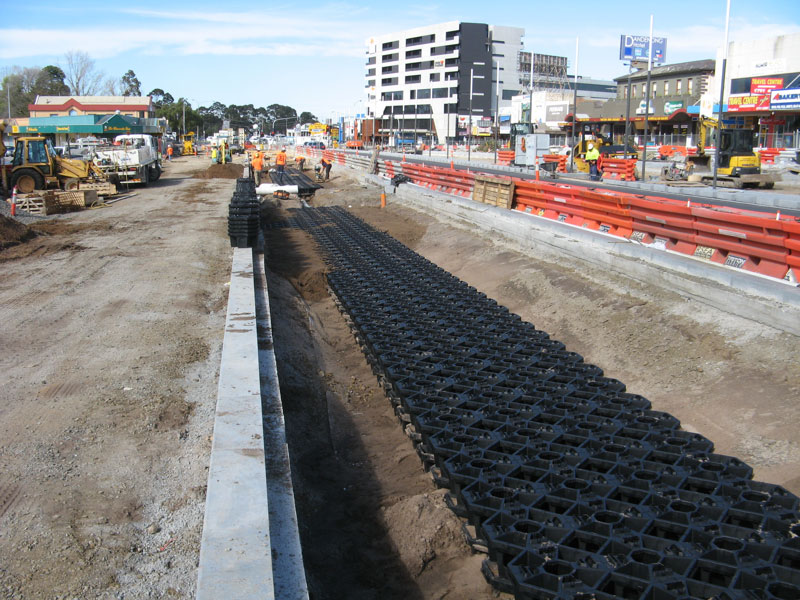 Landscape Architect, Scott Adams, Director of Taylor Cullity Lethlean, counts the Lonsdale Street project as one of the firm’s landmark projects. Adams said, “The Lonsdale Street site proved to be really challenging, and the Stratacell product was the solution that got sign off from Argot Consultants Pty Ltd & KLM Spatial Engineers. Thankfully, the project was completed on time and the product hasn’t failed despite significant surface traffic. It’s definitely been successful in generating the result we wanted, with the trees performing well. As a result, we’ve recommended the product on a number of subsequent projects.” 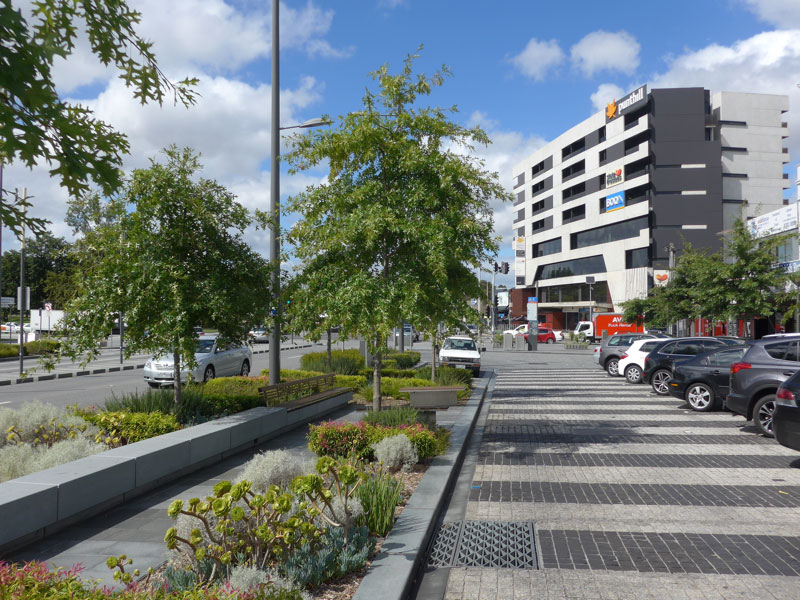 Theo Niakolas, Principal Engineer at Argot Consultants Pty Ltd, echoes this sentiment. “From our perspective, the project has been a success, and the clear evidence is the health of the trees. The cells have performed well in terms of providing support to the hard stand paving above, as expected during design. No adverse distress of the rigid pavement is evident. We’ve since suggested the product in other streetscape projects too numerous to identify.”

Today, Lonsdale Street is unrecognisable, transformed from a grey, uninviting locale into a green, thriving streetscape for residents, workers, and visitors to enjoy. 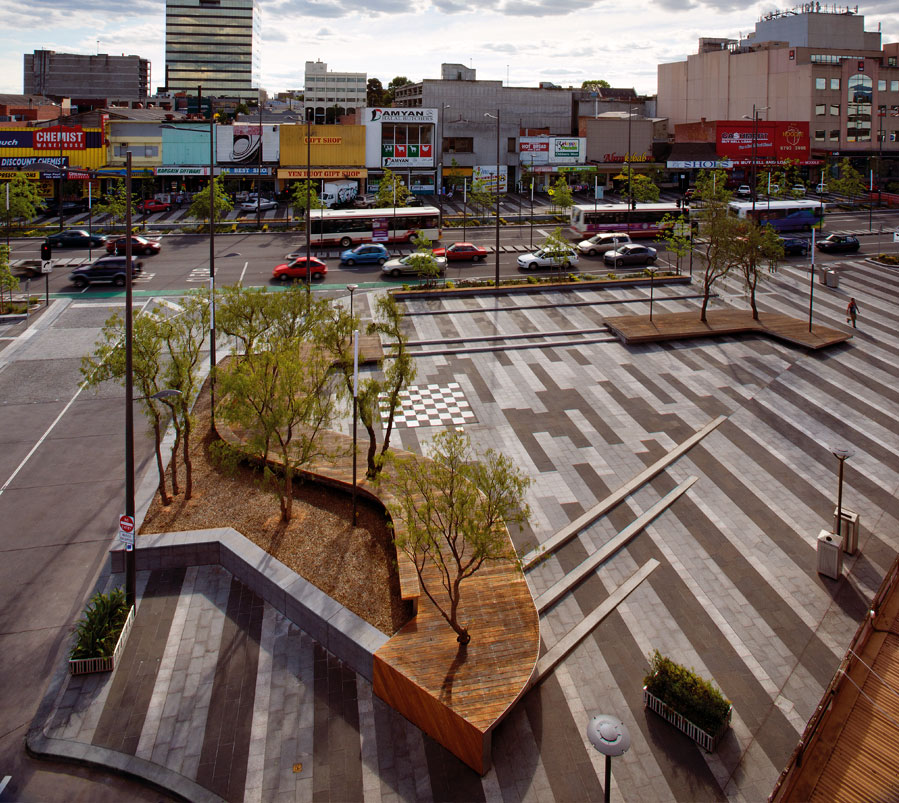