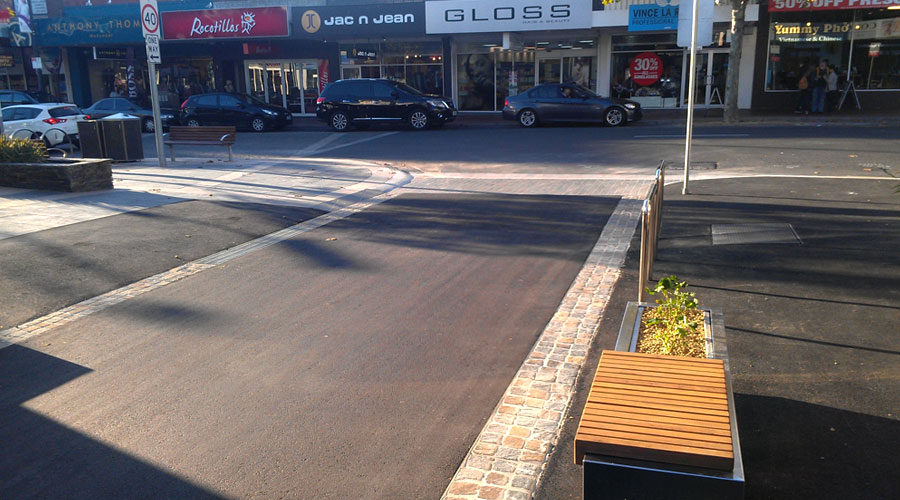 The City of Frankston in Victoria wanted to encourage its residents to walk more by providing a safe and aesthetically pleasing environment.

This goal was achieved through the Principal Pedestrian Network Demonstration (PPND), which was partially funded by the Department of Transport Planning and Local Infrastructure, and with the help of the Citygreen modular Stratacell system. Its aim is to promote walking as a means of transport and “providing suitable improved public amenity”.

The design phase started early 2013, with construction starting in February 2014 and completed in April 2014. The total project budget was $1,132,000. The Frankston City Council and Aspect Studios, in consultation with the local community and traders, developed the plan to “promote walking between key destinations and enhance exploration of Frankston’s central laneways”. 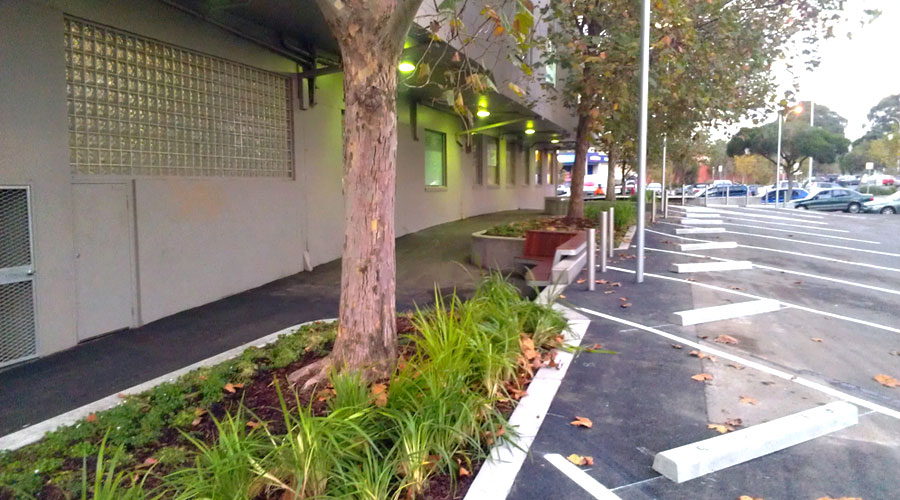 Marti Fooks was the Frankston City Council project manager involved in the design phase up to the completion of the construction. She now works with Aspect Studios.

As a registered landscape architect, Fooks supported the use of Stratacells “to provide the optimum conditions for the trees to establish”.

“This was the first application of Stratacells in Frankston, demonstrating Frankton’s commitment to healthy trees in urban environments and hopefully paving a way for future projects,” she said. 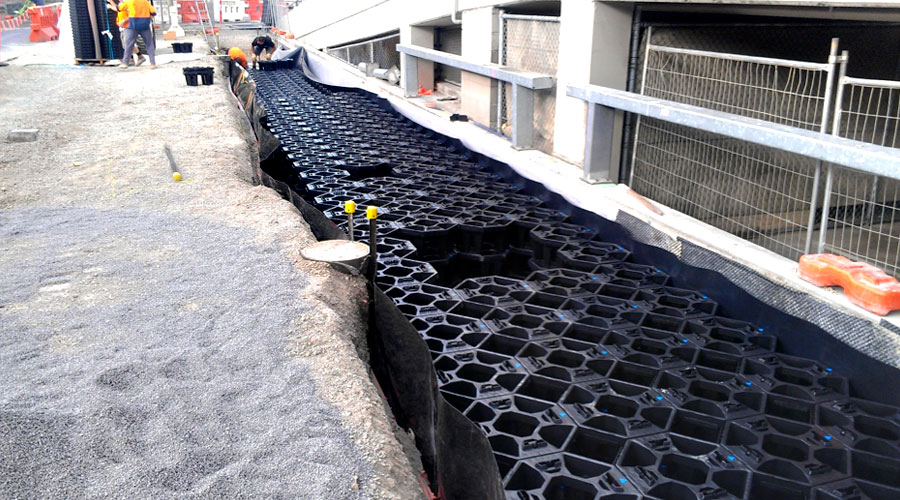 Fooks said the project “employed a range of innovative spatial design outcomes, suited to the site context that would make walking a more desirable experience”.

“Trees were a key aspect to the proposal in Park Lane as they completed a continuous avenue of green foliage and provided a screen to the unsightly car park behind,” she added.

Adrian Cadenazzi, project manager from 2Construct – the principal contractor engaged on the project, said they were only involved when the final design was in place.

“It was evident from speaking with the client and architect that to a large extent, the design was based around the Stratacell system, which was one of the main selling points to the council members during the planning stage,” he said.

Fooks mentioned that there was some initial resistance to the use of Stratacells because of the additional cost to the project. But advocating for their use “was made easy with a cost benefit analysis as well as showing photos of the existing poor soil conditions”.

She said that the Frankston City Centre is in a floodplain and because of this, water logging can constrain the establishment of trees.

“Water logging will not only cause unhealthy trees, but tree failure is also very costly. Park Lane was no exception with heavily compacted clays reducing drainage and soil media to promote tree establishment,” Fooks said. “By using Stratacells we were able to provide the three new Platanus Acerfolia with more than 100m3 of growing media rather than only 8m3 per tree.” 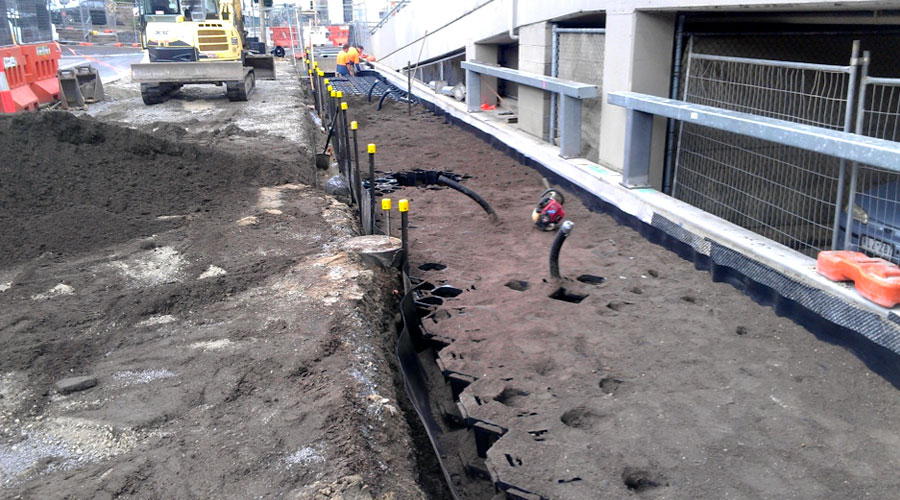 Cadenazzi said that the soil volume required for tree pits very much depends on the species of tree specified. Fooks agrees saying that soil volumes and qualities are absolutely crucial to the success of plants and trees in urban environments.

“In this instance, Plane trees were required which grow quickly and to a large size so soil volume needed to be extensive to support the growth. The system did provide enough volume while maintaining trafficable pavement above,” Cadenazzi said.

Like other similar projects, underground services were discovered during construction. They were in a slightly different alignment compared to the service proving information. Cadenazzi said the existing electrical services required “a slight reduction in the overall size of the system to avoid lengthy delays with relocating live power”.

“Of the different options such as bridging Stratacells, it was determined that to keep on track with the program the number of cells was reduced to four rows rather than five,” Fooks said.

“In consultation with Citygreen and Aspect studios, it was concluded that the reduction would not cause significant issues with supporting the growth of the trees,” Cadenazzi said.

Aside from underground services, Cadenazzi said the installation of the guy wires prior to placing the trees was “a tricky process requiring a combination of finesse and brute force”.

“Also, the trees themselves being 400L specimens, are cumbersome to handle and, having to work with limited room once the Stratacell system was installed, can make it a fiddly process,” he said. 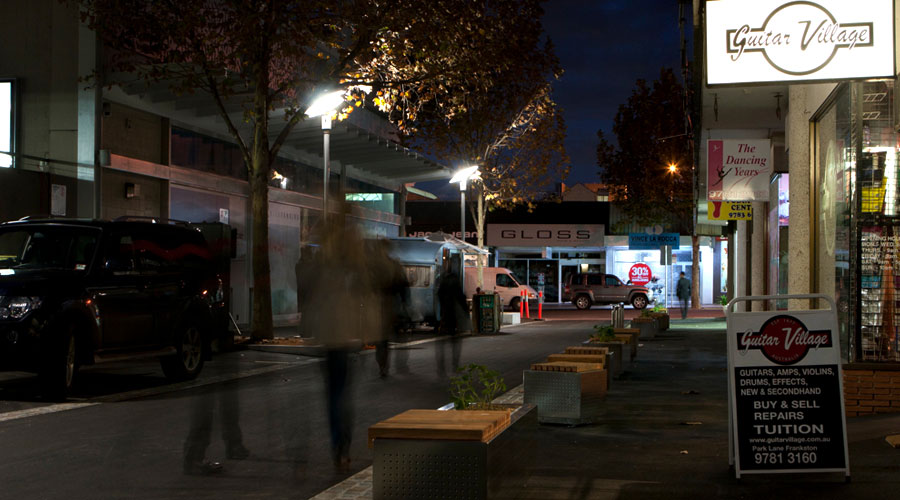 However, installing the Stratacell system was itself a straightforward process. “We relied on the web video tutorials provided on the Citygreen website for guidance and these were extremely useful in having the entire process broken down step by step,” Cadenazzi said.

Fooks seconded this saying that the installation was “incredibly simple” and that the cells simply locked into place ready to be filled with soil media.

With their experience on the Frankston project, Cadenazzi said that although they don’t get involved during the specifying and design stage, they have no hesitation in endorsing the Stratacell system.

“As the trees are deciduous and were planted in late autumn, they are currently dormant so it is too early to comment on the success. From a structural perspective, there have been no issues with pavement failure that we are aware of,” Cadenazzi said. 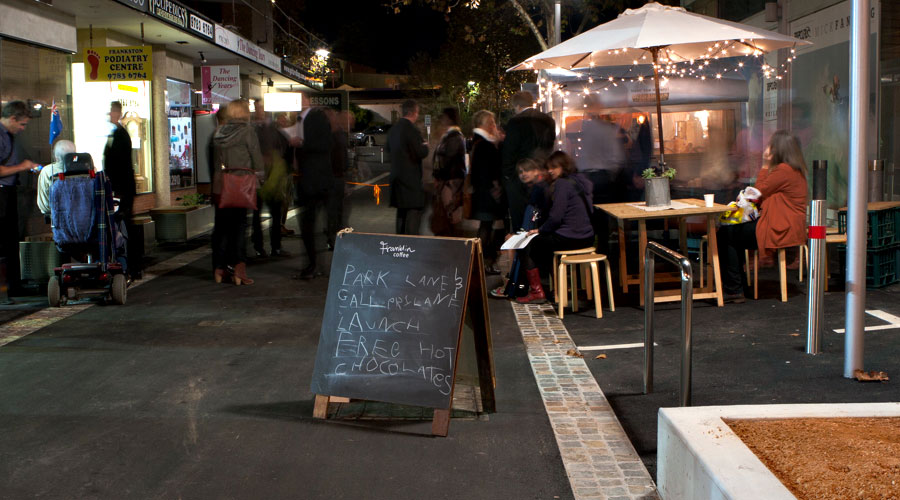 As an associate at Aspect Studios, Fooks said she would definitely consider the use of Stratacells where the project calls for it.

“Where a pedestrian or vehicle grade surface is required adjacent to trees, Stratacells are the best solution to provide soil underneath while holding up the finished surface,” Fooks said.

In August 2013, Frankston City Mayor Sandra Mayer said she was very excited about the improvement given that the route down Park Lane and through the car park was not safe.

“These improvement works will ensure these pedestrian walkways are safe and easier to navigate. The urban art work and lighting elements will also brighten up the city at night time,” Mayor Mayer said.