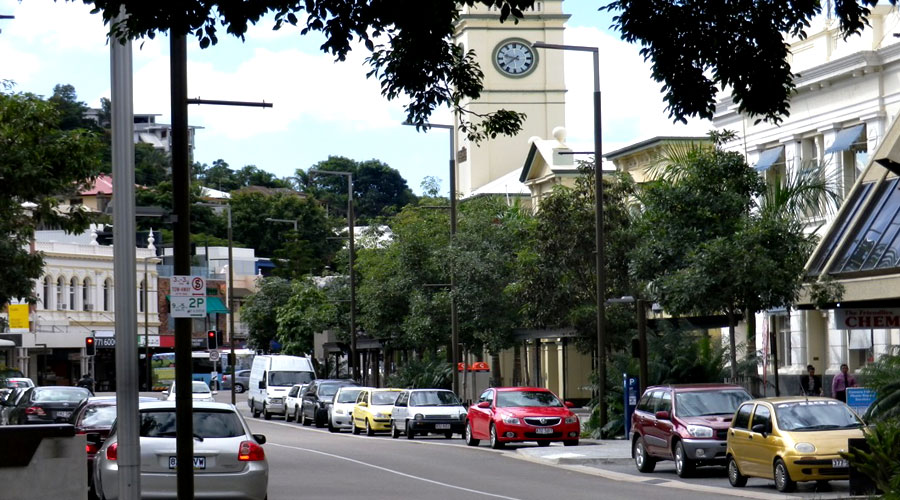 Constructed by Watpac’s civil and mining business, the redevelopment was recognised for its “outstanding urban renewal” – a highly sought after prize in Australia.

The project, which was officially opened August 2011 on time and on budget, involved converting Townsville’s mall into a roadway to open up the area for joint use by cars and pedestrians. 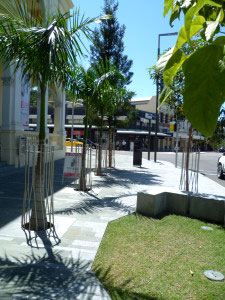 Kate, a Landscape Architect on the team from Gamble McKinnon Green, says they used the Citygreen tree pit system as it “allows the trees the opportunity to grow to their mature size in a harsh urban environment”.

“This is because the Stratacells allow for an increased volume of ‘good’ imported soil blend rather than structural soil, which typically contains rocks and debris, and is compacted. The compressive strength of the Stratacells was also a huge benefit in this particular streetscape, as it allowed for a variety of surfaces to be applied over the top. For instance, the Stratacells could be extended under areas of pedestrian pavement.”

The Citygreen modular Stratacell system employs advanced design geometry and reinforced copolymers to produce an incredibly robust skeletal matrix, which has been tested to provide adequate support for pavement loads and designed to accommodate structural root systems.With the Flinders St Mall project, Kate commented they also found that the “installation of a more traditional tree anchoring system, such as the deadman anchor, wasn’t appropriate”.

With the Flinders St Mall project, Kate commented they also found that the “installation of a more traditional tree anchoring system, such as the deadman anchor, wasn’t appropriate”. 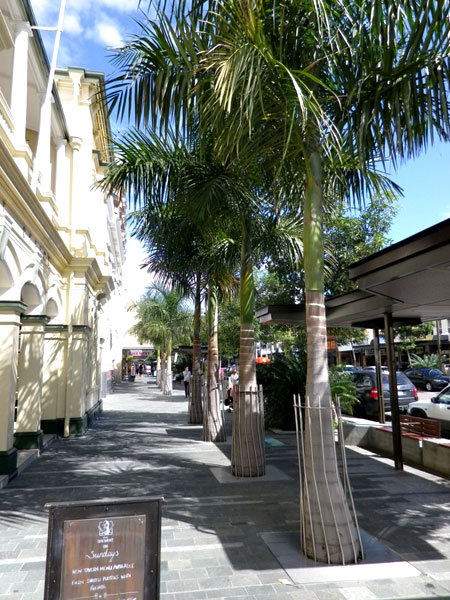 “Determining an accurate size of the tree’s rootball is also crucial, so that the cells are fit accurately around the tree,” she says.

Although it was the first time they’ve used Citygreen’s systems, Kate says there weren’t any big issues with the use of the Stratacells. They only found “teething problems” at the initial installation because of the lack of experience. However, once the contractors had fitted the cells, the process became quite quick.

Citygreen’s suspended pavement system is a very competitive product compared to other systems, providing project managers globally with opportunities for Value Engineering both in material costs, and in time. Additionally, these patented products are environmentally friendly (made of up to 100 per cent recycled plastic) and considerably stronger.

Kate added that being able to use a locally made product for the redevelopment project lowered the delivery cost compared to imported systems made overseas. (Note: Stratacell is manufactured in North America, Australia and United Kingdom for local use.)

Claudia Brassard, Deputy Project Manager for Flinders Street Redevelopment for Townsville Council, says the use of Citygreen system was quite successful.

“The system was quick and easy to install, allowing construction works to proceed smoothly. Twelve months on, the trees are flourishing.” 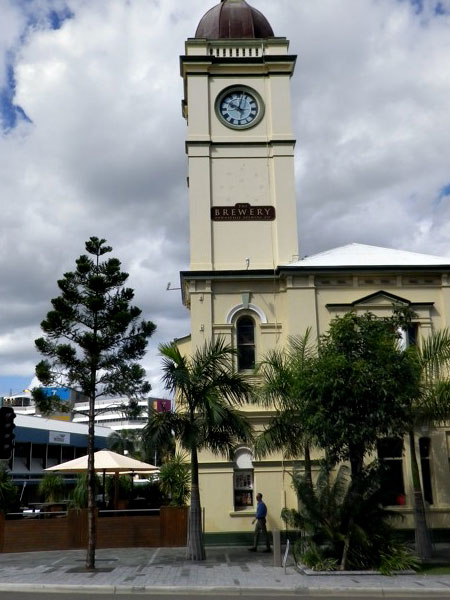 Barry Heffer, from NaturForm, was the project manager for the landscape component of the project. He says Citygreen’s Stratacell was a very good system with very impressive results. They didn’t have any issues relating to the system itself, but mainly because of the older infrastructure already in place.

Barry says because of the outstanding results, they have also installed the Stratacells in the international sports centre in Townsville and the new North Shore Town Square.

He says the Citygreen system was chosen because it is essential to “establish large trees with a good root system” especially in cyclone prone areas like Townsville.
“The structural integrity of the cell holds up the concrete above. It doesn’t allow the roots getting out of the cell zone and start interfering with the storm waters and other services.”

The $56.6 million redevelopment project was also recognised in November last year by the Planning Institute of Australia (PIA). The Townsville CBD project was given an Award for Excellence in the Great Place category at the 2011 Awards for Planning Excellence.

PIA Queensland President Greg Tupicoff said although it was a risky move, the project created a unique space in Townsville.

“This has been a great planning outcome for a city centre that fell victim to decentralisation decades ago. Traffic in malls doesn’t always work successfully but in this case the design is the key to the success. The Townsville City Council has managed to create an attractive and useful area with shared spaces to bring back a heart beat to the CBD,” Tupicoff said.