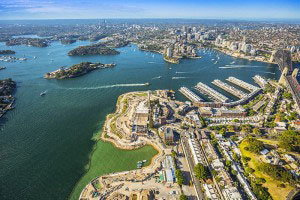 Barangaroo was a vacant 22 hectare former container wharf on the western harbour foreshore of the Sydney CBD. A $6 billion transformation of Barangaroo is well underway and will transform Sydney’s position as a financial services hub in the Asia Pacific by generating jobs, boosting the economy, and providing a new place to live, work, and visit. Barangaroo will feature 75,000 trees, plants, and shrubs, planted using Citygreen’s® modular Stratavault™ system. 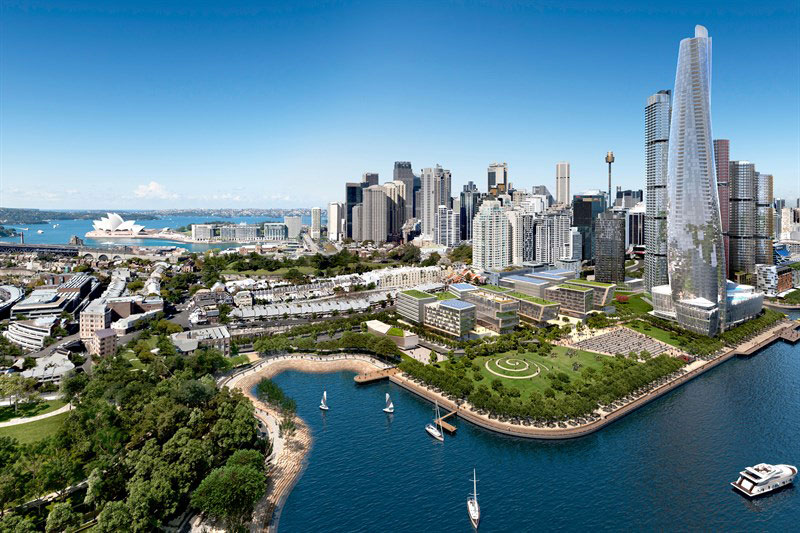 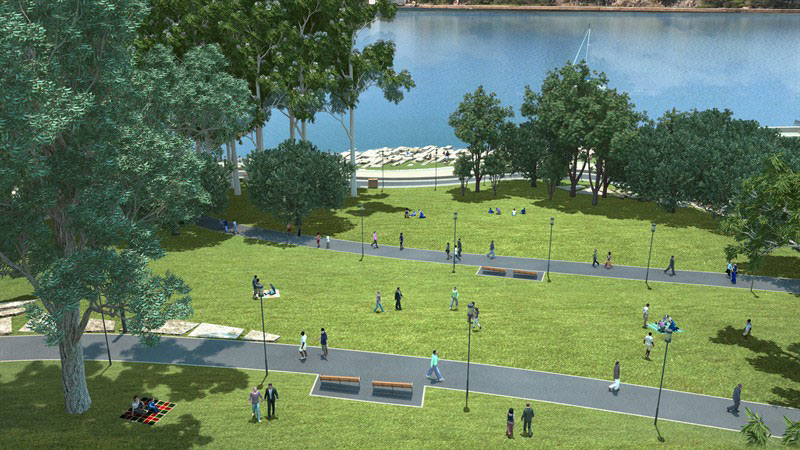 An international tender process was held for the park’s design in 2009/2010 with Johnson Pilton Walker in association with Peter Walker and Partners Landscape Architecture, landing the contract. The team’s winning design juxtaposed a rugged sandstone topography inspired by the naturalistic pre-1836 shoreline of the historic Port Jackson area, against a flourishing and modern CBD. A disused shipping container yard is now one of Sydney’s most stunning green headlands, visually linking the headland archipelagos of Balls Head, Goat Island, and Ballast Point.

Incorporating native Sydney plants such as large Angophoras, Banksias, and Port Jackson and Moreton Bay fig trees, the vegetation element follows very strictly on the vocabulary of the natural bush when the Aboriginal Gadigal people were living there. 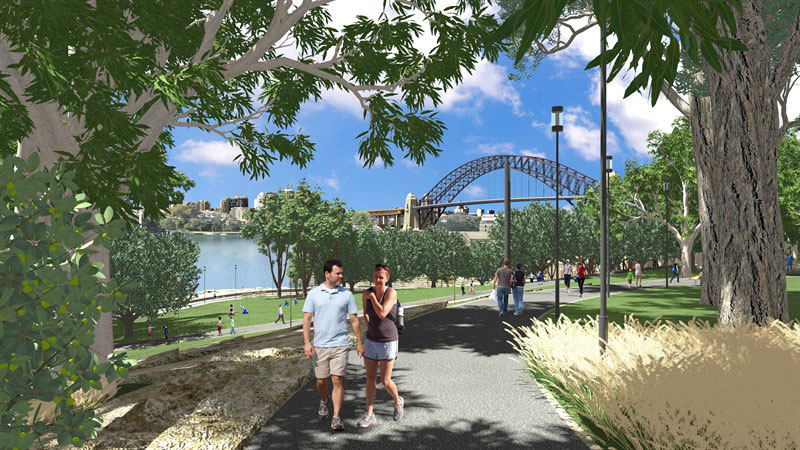 Today, trees in cities are a very desirable, hugely beneficial part of our lives. But providing enough uncompacted, quality soil beneath pavements for trees in urban areas is a challenge. Citygreen was engaged to solve this problem by implementing its modular Stratavault system. The system employs advanced design geometry and reinforced copolymers to produce an incredibly robust, skeletal matrix; providing adequate support for pavement loads. Barangaroo Central will consist of 7492 Stratavault units (approximately 2000m2), allowing trees to thrive naturally for the enjoyment of park users. A tree-lined promenade, also planted using the Stratavault system, will be a prominent feature linking Barangaroo Point to Barangaroo South. 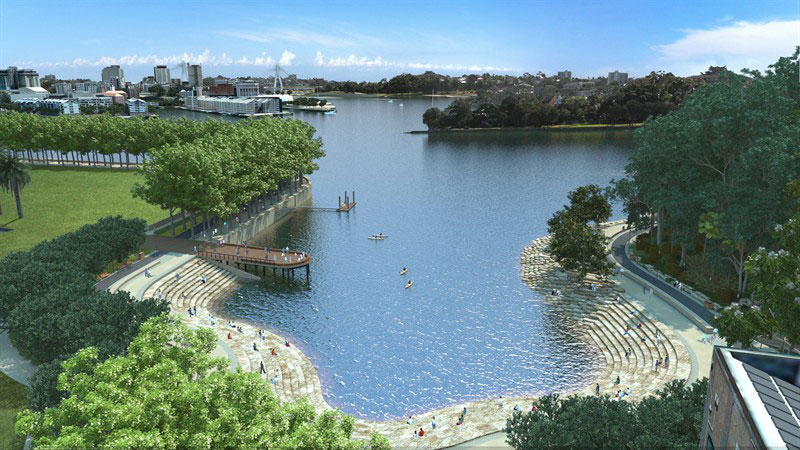 Peter Walker, Landscape Architect and Lead Designer, said, “One of the elements of the harbour headlands is that in their natural form they were examples of the bush. They still play a strong part of this symbolic meaning of the Sydney Cove area so we were determined to recreate that rich, complicated and more interesting plant composition for the forum of the headland, while adding a dimension of naturalness to the overall park.”

For an interactive tour of Barangaroo, visit www.barangaroo.com.