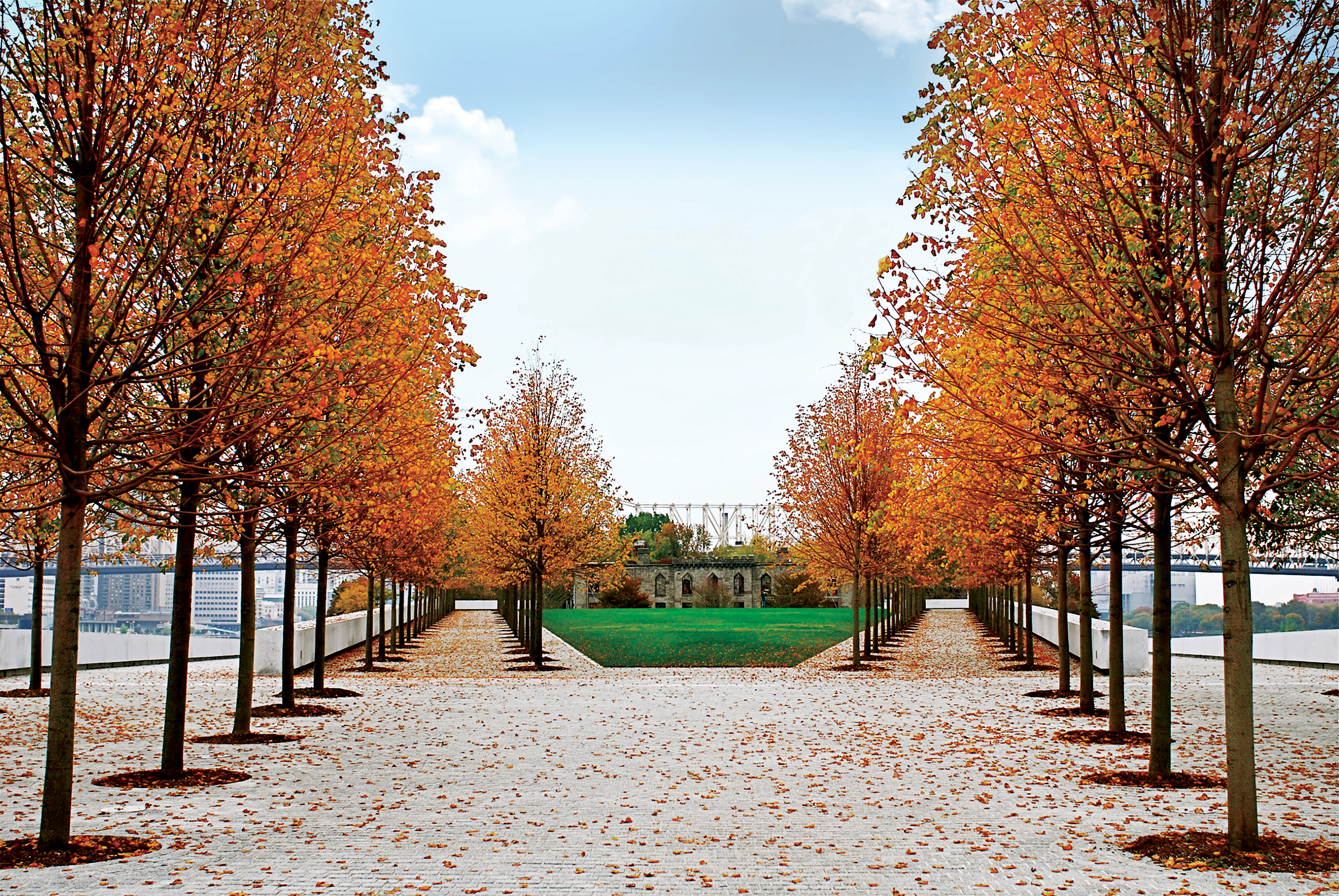 The Franklin D. Roosevelt Four Freedoms Park, located in the East River of New York City between Manhattan and Queens, was built as a tribute to the historic wartime speech given by FDR in 1941. Designed by architect Louis Kahn in 1973, the island public park is triangular in shape and is lined with Littleleaf Linden trees around a white granite landscape. To maintain the geometrical design of the park, the Platipus Rootball Fixing System was used in lieu of stakes and guy wires. 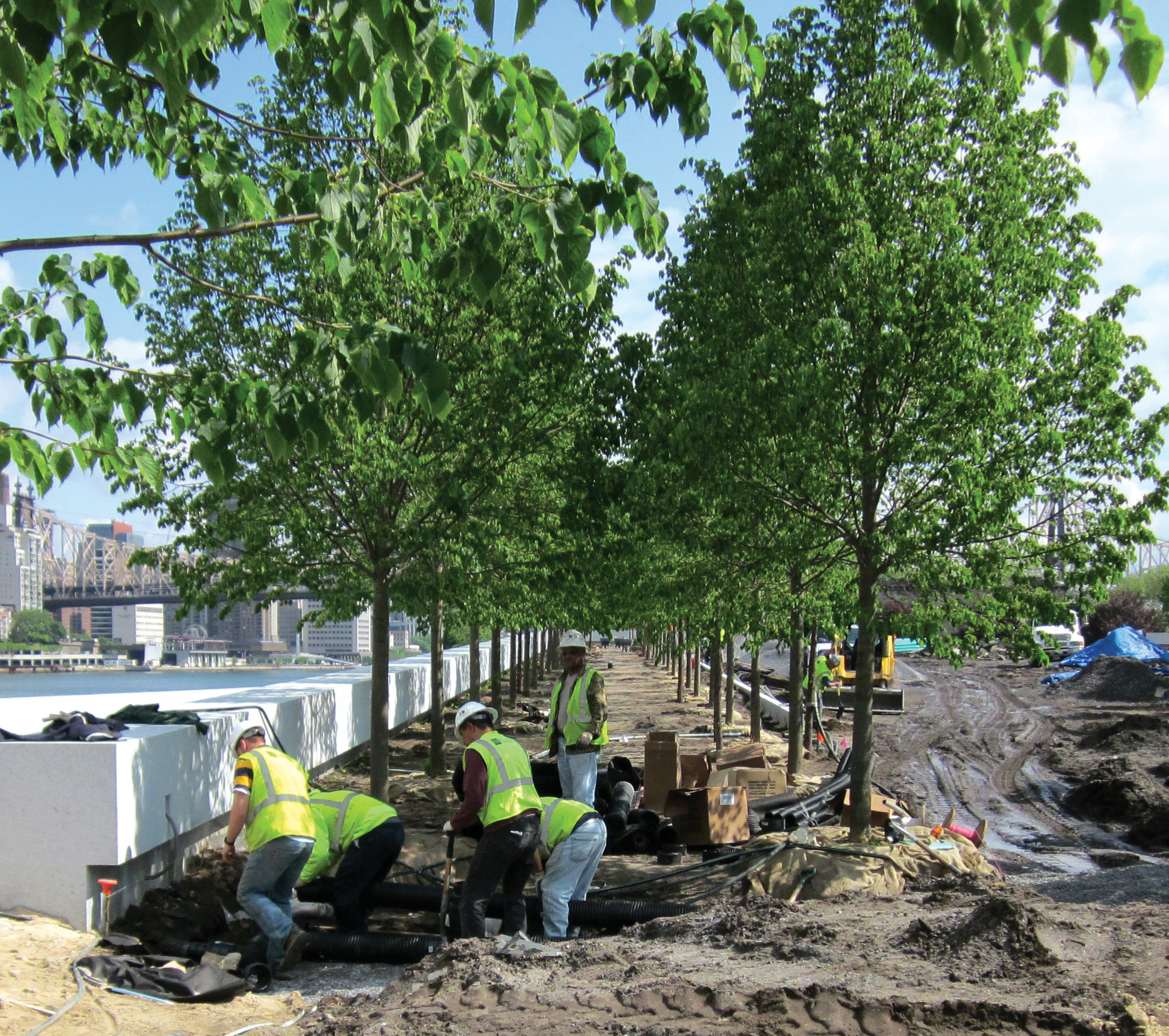 The system also served to secure the trees against the wind loads off the surrounding water. In October 2012, just days after the official dedication, Hurricane Sandy threatened the park by producing wind gusts of over 70 mph. This major storm event did not impact the position or symmetry of the trees due to the strong stability of the anchored rootball. 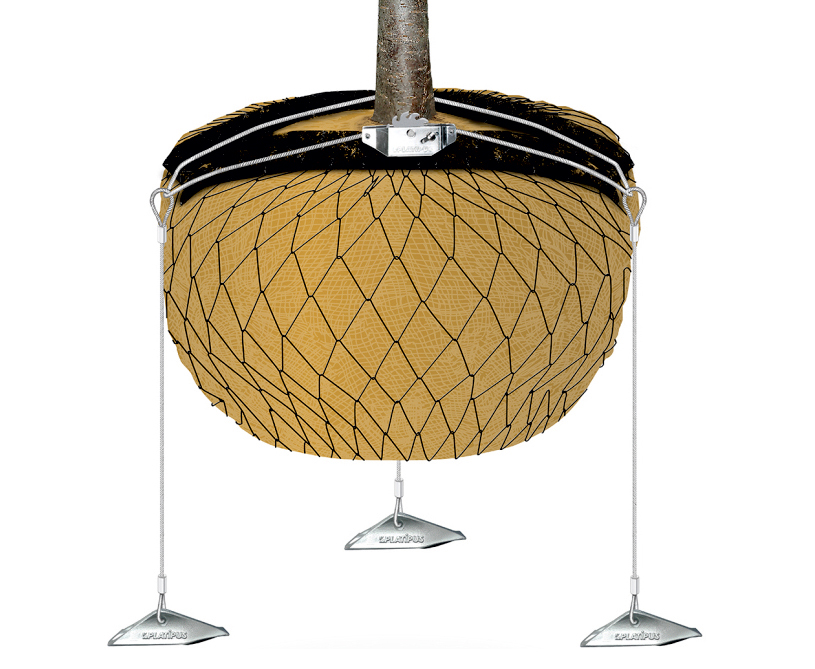