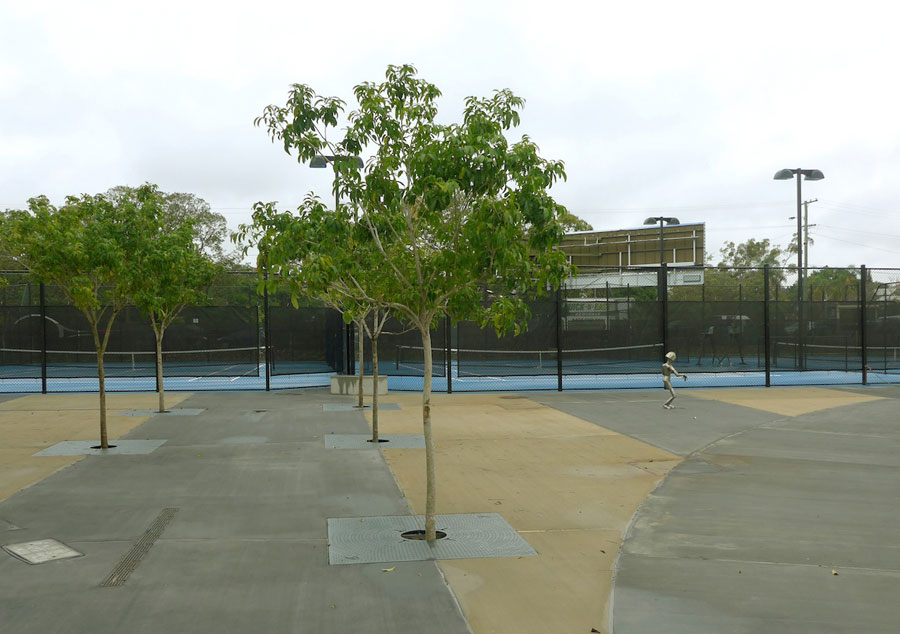 Situated on the hallowed grounds of the iconic Milton Tennis Centre, Frew Park is a state-of-the-art 3.5 hectare parkland named after the father of Queensland Tennis, Robert Dickson Allen Frew. While nothing remains of the original tennis centre, which opened in 1915 and closed in 1999, there are numerous features which honour its history, including the main playing green named after Brisbane-born tennis star, Wendy Turnball, and sculptures of children with tennis racquets and spectators holding ice creams.

In addition to the grassed playing field and tennis courts, the park’s major drawcard is the futuristic playground which features a net climbing wall, fireman’s pole, a network of linked tunnels, interactive sound and music play, and a mega tube slide. Nearby, there is a cluster of BBQ and picnic pavilions for family gatherings and birthday parties. 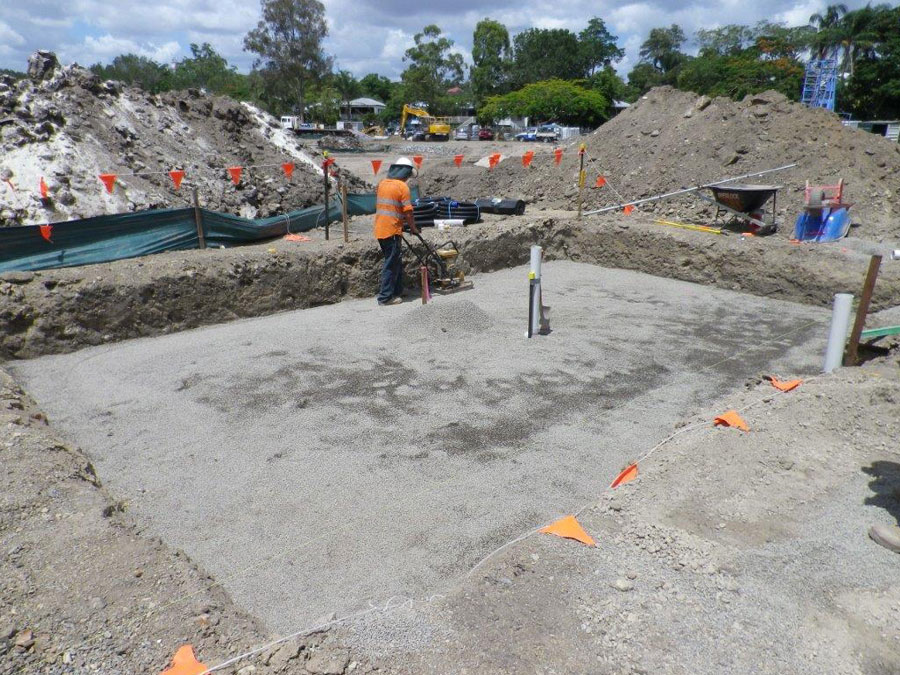 Adrian Nguyen, Landscape Architect at Brisbane City Council, said, “The challenge with these areas was that they presented adverse conditions for the healthy growth of trees. The engineers weren’t keen on permeable paving, so instead we opted for strip drains to collect runoff from the carpark to provide passive irrigation. Citygreen provided a cutting-edge passive tree watering system featuring the latest in water sensitive urban design, combining the Rootrain Arbor Vent Dual Inlet system for deep watering and Stratacells for deep aeration. Stratacell modules were used in the carpark where we planted three Elaeocarpus trees, and in the plaza where we planted nine Harpullia trees, ensuring the trees have adequate uncompacted soil despite the load from the hardscaped surface above.

Stephen Williams, Project Manager at Epoca Constructions Pty Ltd, said, “This was a really innovative solution, whereby each of the trees double as drainage bases. As a result, they’ve required very little maintenance from us. In fact, apart from giving them a bit of water in the first few weeks, we haven’t had to do anything to them – they look after themselves, which is fantastic. 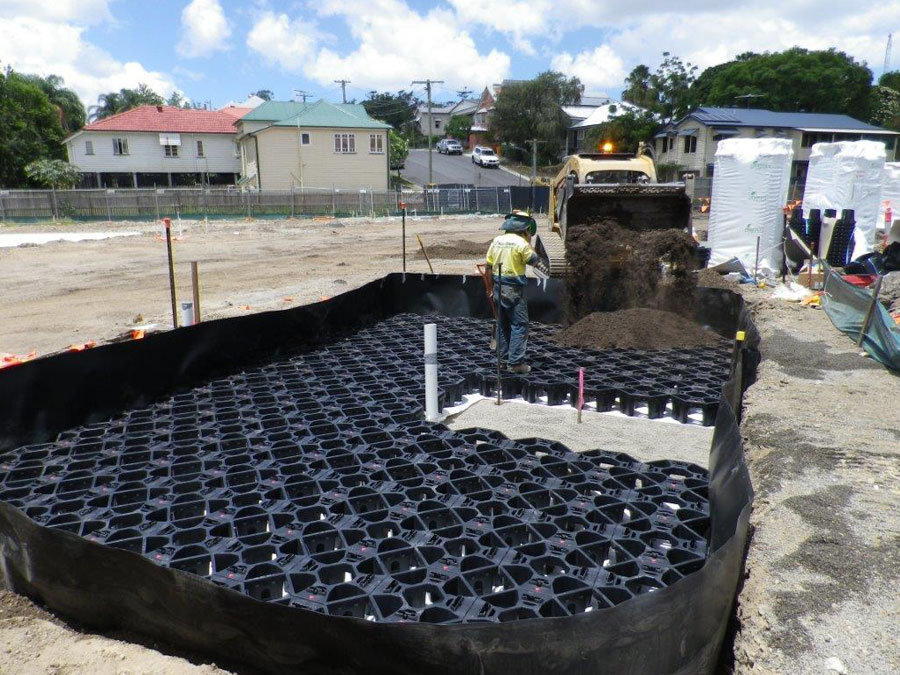 “In addition to the actual product, the Citygreen guys we worked with made a lasting impression. They were always happy to discuss the install and provide advice, and often popped into site of their own accord just to see how everything was progressing. They obviously really believe in their product, and are excited about being involved and seeing the technology come to life. Their positivity and proactivity was really impressive.”

Adrian Nguyen echoed this sentiment, saying, “We were really impressed with Citygreen’s on-site construction input. This system was new to the contractor, so Citygreen played an active role prior to and during construction, ensuring the contractor understood the construction methodology and knew how to build the system properly. Six months down the track, the trees are all in good health and they’ve definitely grown, so I’d be happy to recommend the StrataCell system to others.” 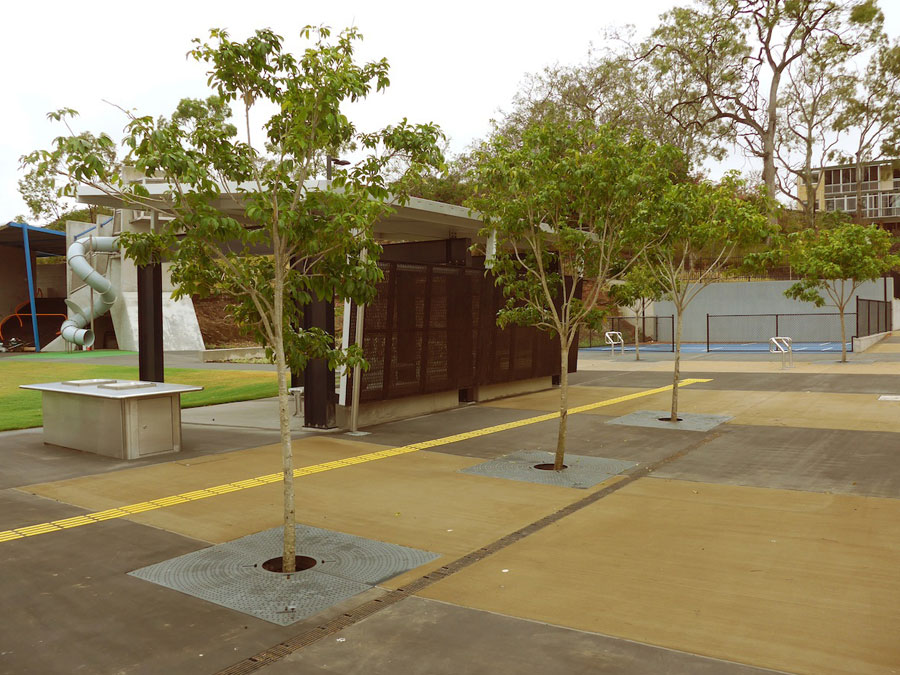 Stephen Williams concluded by saying, “The trees have clearly grown above average performance, which is testament to the success of the water sensitive urban design of this solution. For this kind of urban environment where a passive tree watering and aeration system is required, I’d definitely recommend the StrataCell system. It’s a great product, and the guys are great to work with. We’ll work together again, I’m sure.” 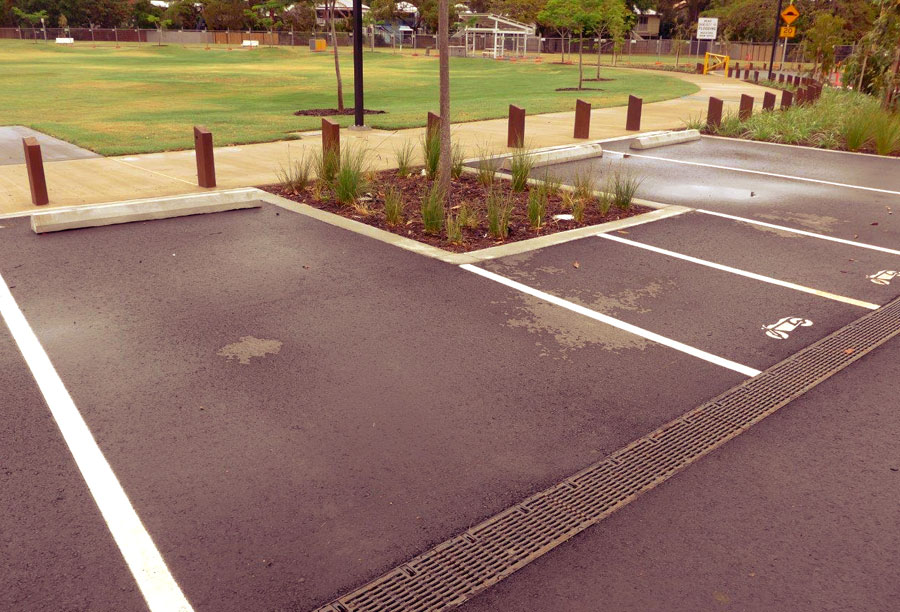