In Australia, the Bureau of Meteorology has officially declared that a third La Niña is underway. With this announcement, it is safe that most Australians are looking forward to the eventual return of sunny skies; however, this cannot be said for other citizens around the globe.

This is because there are ‘cool seas off Africa and warm seas off Australia, leading to rain falling over Australia instead of Africa’ (Deacon, 2022).

As the rains began to fall in Australia shortly after the Black Summer Fires in early 2020, rainfall sadly failed to eventuate in East Africa. This year, the Horn of Africa faces a record fifth failed wet season, which is impacting some of the poorest countries on earth.

The million-dollar question is what can be done about La Niña?

With climate change, these unusual, erratic weather events will be more frequent, and our cities need to be able to adapt.

At Citygreen, we believe that trees can help to alleviate the impacts of climate change, but first, we need to get them in the ground, so they thrive in our communities.

Planting trees in our bustling cities is no easy feat. The idea that you can plant a tree into a sidewalk or verge and hope that it will survive on its own during these erratic weather seasons we now face is an idea that has now been conclusively abandoned.

At Citygreen, we have been developing highly-engineering and researched products for over three decades, enabling trees to thrive and benefit our urban communities as soon as possible.

One of these products goes by the name of the RootDirector – a modular root management device designed to prevent root swirl and divert root growth downward and outward. This encourages profound root growth, which enhances the tree’s growth and overall stability.

Deeper and healthier root growth means the trees can access more subsoil moisture during dry periods. During wet periods, the roots have a greater and deeper span to find available oxygen in waterlogged soils.

Also, if tree roots are not directed downwards, they will grow horizontally and cause issues to other infrastructures like pipes and sidewalks.

At Citygreen, we believe that planting trees using an adequately designed root management system is a small cost compared to the time and labour needed to replant trees after premature death or removal due to infrastructure damage. 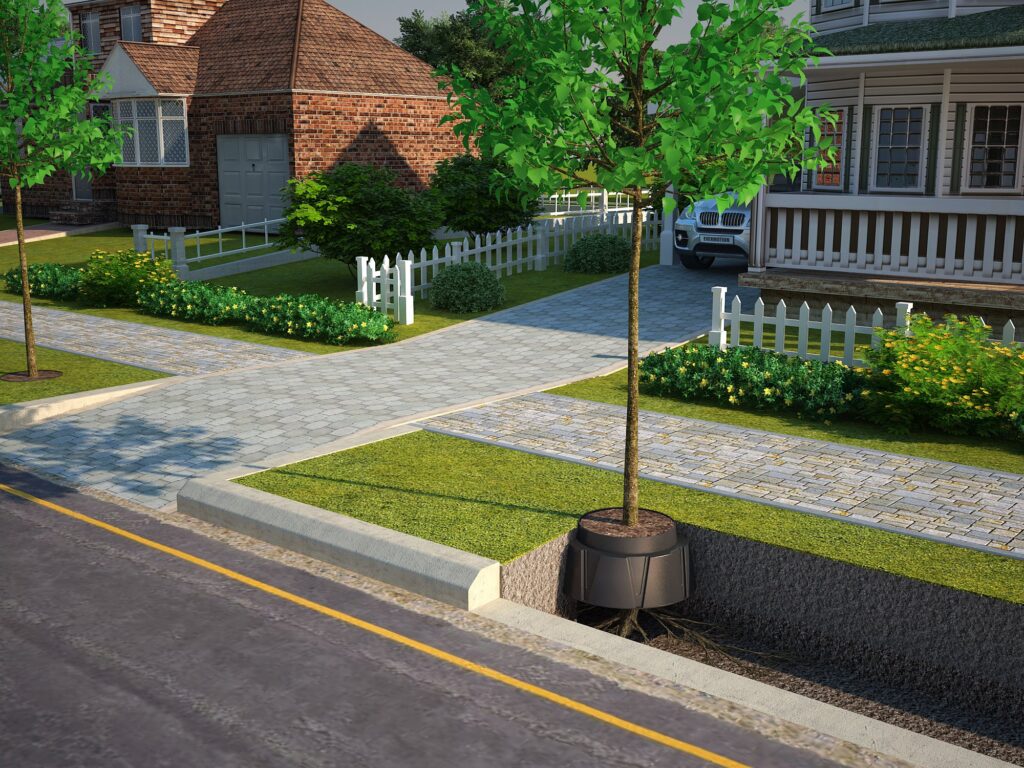