Home / Blog / What is the best urban tree planting system?

What is the best urban tree planting system?

When planting trees in urban areas, there are a few specific elements to consider. The first, and most important thing to consider is that healthy trees require an adequate supply of loose, well-aerated, and uncompacted soil to thrive. This enables tree roots to obtain enough nutrients, oxygen and water so that they can reach their full potential in cityscapes.

In urban areas, where soil compaction is necessary to safely support sidewalks and pavements, conflicts arise when it comes to planting and supporting healthy trees. Over the years, many approaches have been used to help create useable, uncompacted soil for urban trees. Gradually two main approaches have emerged: supported pavement systems, and structural growing media.

In developing and researching this specific mix, Grabosky and Bassuk (1996) found that there was about 30% void space in a mix of 1.9 cm diameter crushed gravel, which could be filled with clay loam soil. Creating a stone matrix and suspending soil within the matrix pores, meant that the larger diameter rocks would lock together and allow for full compaction, while soil would remain loose for root growth. 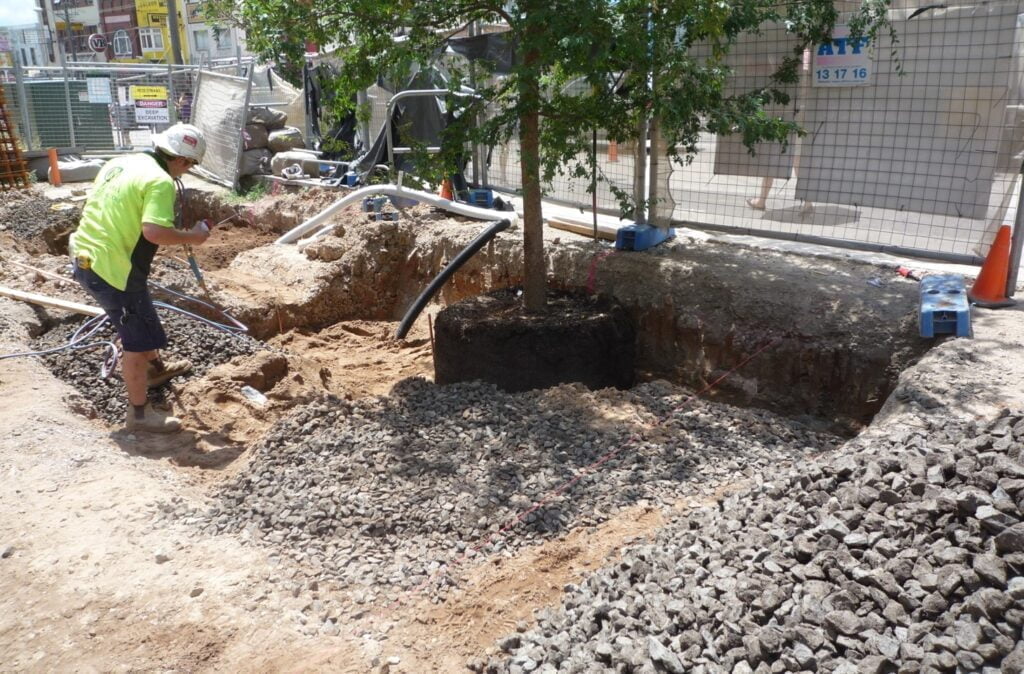 On the other hand, supported pavement systems involve engineering a pavement so that lightly compacted soil can be installed in a space underneath. Implementing a load-bearing bridge, with low-density soil beneath, ensures that the trees rooting space cannot become heavily compacted.

Studies have found that any system that allows for trees to grow in non-compacted, low-density soil media, will have the greatest chance of achieving healthy tree growth (Rahman, 2013, Fite et.al. 2014, Urban and Smiley, 2016). 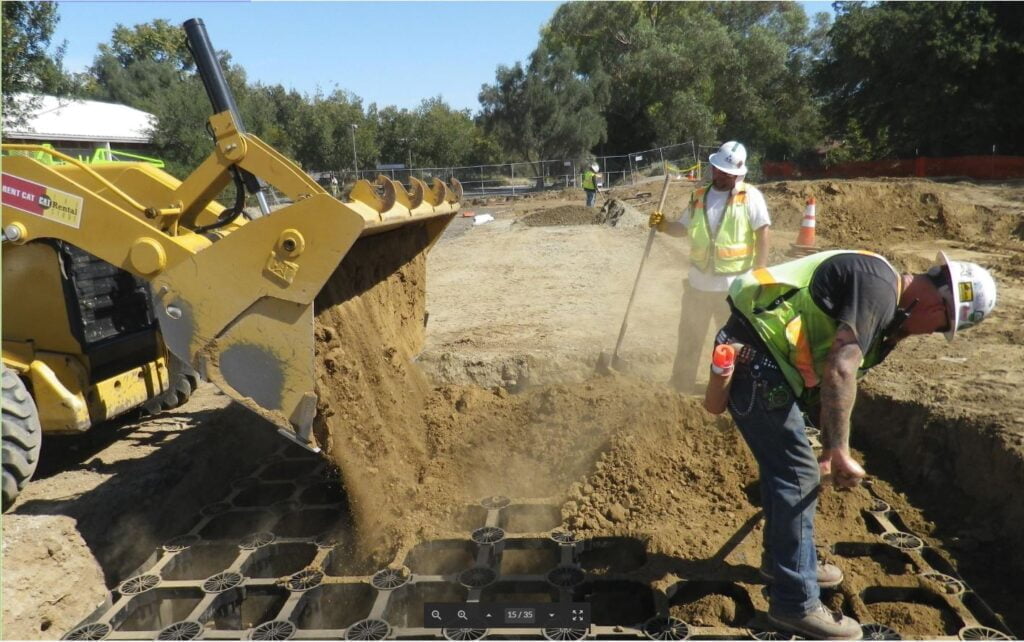 In the study, Citygreen’s Stratacell systems were tested. These structural soil vaults are modular units assembled below pavement level, which meet load-bearing requirements and provide a large volume of uncompacted soil for root growth. 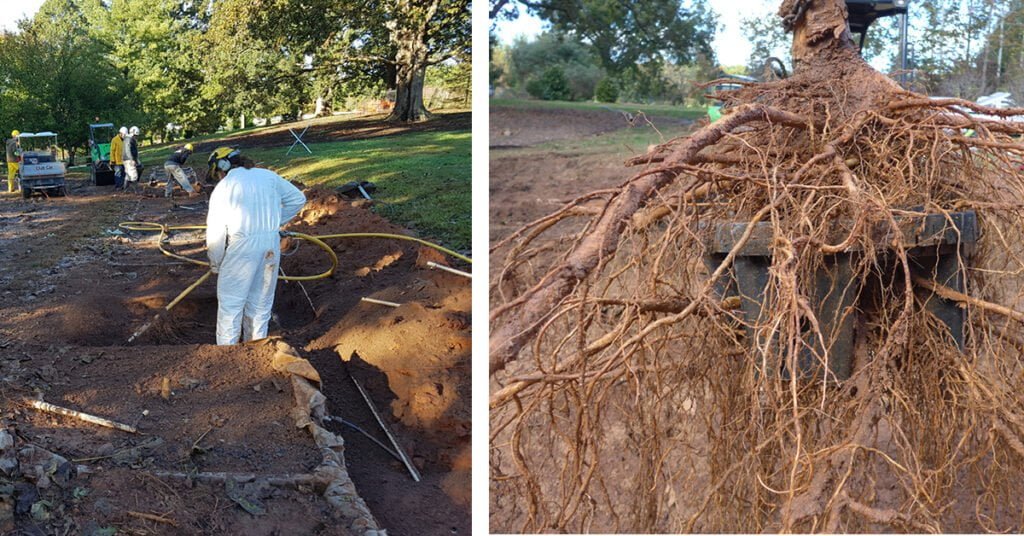 The results of the studies showed that the trees growing in these supported pavement treatments with low-density soil media, had significantly greater growth and generally appeared healthier.

While the study did not point to a ‘best product’, it proved that structural load-bearing modules like Citygreen’s Stratacell and Stratavault systems, provide the best results in urban areas, where compaction is a real issue. For urban planners, landscape gardeners, architects and developers, what this means, is that by simply choosing a structural load-bearing soil system, they can achieve the canopy cover they require years sooner than they might with other systems. Essentially, cities, communities and individuals can enjoy the environmental, economic and health benefits of healthy canopies’ growth faster and for longer.

For more information about our products, and how we can help you create greener more liveable cities, contact our friendly Citygreen Team now by clicking here.

To read more about how our system performed the best, in terms of maximum root depth, moisture content and foliar colour, you can Click here to download the full ‘Comparisons of Soil Treatments Under Concrete Pavement’ study.