Citygreen / BlogWhat are the positive effects of Biophilic Urban Planning?

Home / Blog / What are the positive effects of Biophilic Urban Planning?

What are the positive effects of Biophilic Urban Planning?

Biophilic design has been gaining interest within the construction and urban planning industries. Trying to incorporate nature into buildings and public spaces intends to promote people’s health and wellbeing, as well as create spaces with sustainability built-in.

Nature’s effectiveness for mental health is especially promising, as mental health problems account for as many as one in three cumulative years that people live with a disability. The toll of mental health issues on the population as a whole is similar to that of cardiovascular disease and circulatory disorders.

The biophilic design offers to help people get more exposure to nature by bringing nature into cities, buildings, and public spaces.

Some environmental engineers, such as Princeton University’s Anu Ramaswami in an interview with New Scientist recently, argue that green public spaces are just as important parts of city management and urban planning as shelter, water, food, energy, connectivity, and sanitation. People in cities all need these things to live healthily.

What is Biophilic Design? 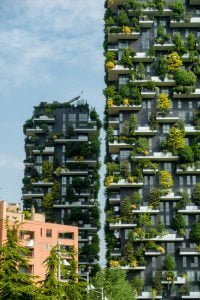 The biophilic design borrows concepts from biologist Edward O. Wilson. Wilson posited the “biophilia” hypothesis in 1984. He believed that our brains have been shaped by the environment we evolved in, primed by it to respond well to cues that would help us with survival.

Natural objects like trees, savannahs, lakes, and waterways help to mark locations that would provide our basic needs such as food, water, and shelter. In the first 294,000 years of our existence as a species, we always lived outside of cities.

When we eventually started building cities around 6,000 years ago, our brains still craved seeing and being near these natural markers of survivability in the environment. In fact, as a species, we have only become predominantly urban dwellers in the last few decades. But, by 2050, this will likely increase to around 70% of the world’s population living in cities.

The biophilic design focuses on including natural objects like trees, waterways, and plants in public spaces. Natural shapes like curves, irregular arcs, and shapes that mottle light are also used in exteriors and interiors of biophilic buildings to appeal to us.

This is supported by recent science. In a 2019 study led by the University of Exeter, UK, researchers found that between 120 and 200 minutes of recreational contact with nature each week was associated with good health or wellbeing. The study involved almost 20,000 participants from around England.

However, biophilic designs and time in nature may not be helpful for everybody. It is important to note that the majority of research into nature’s effects on wellbeing has been conducted in Western societies. Mental health benefits from accessing nature are probably influenced by a number of factors that include age, gender, personality, socioeconomic status, and culture. 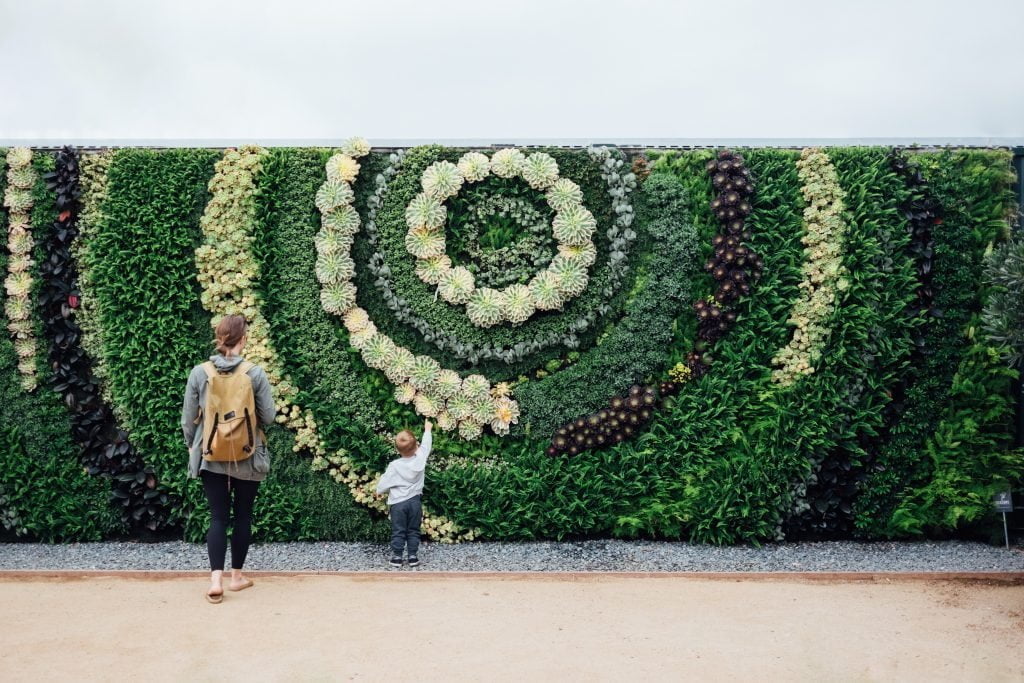 Examples of Biophilic Design in Urban Planning and Construction 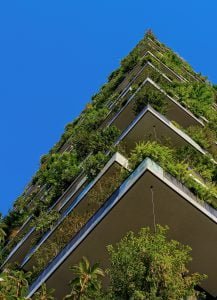 Some buildings, such as One Central Park in Sydney, Pasona Group Offices in Tokyo, and Bosco Verticale in Milan, feature biophilic design by incorporating plants and trees into their exteriors, interiors, and built environment on ground level.

Urban areas have for many years been subject to beautification schemes including bringing nature back into the urban environment. An early example in the UK is the Garden City movement in the early 1900s, but the recent announcement that France is going to heavily reduce traffic on the Champs-Elysées and turn it green continues this tradition into the present day.

The Million Trees Los Angeles initiative and the wide-scale greening program in New York City are good examples of how municipal governments in the United States are responding to the benefits of biophilic design.

Biophilic urban planning has myriad benefits for citizens and the wider environment as well.

There is a wealth of evidence for the positive effects of nature on psychological conditions like depression, anxiety disorders, and mood disorders. Sleep, stress, happiness, emotions, social interactions, and even a sense of meaning in life can all be impacted positively by spending time in nature. Attention, memory, and creativity are also boosted by time spent in nature.

Physical health is improved when plants and vegetation in cities work to absorb airborne particulates and other pollutants from exhaust engines and heavy industry.