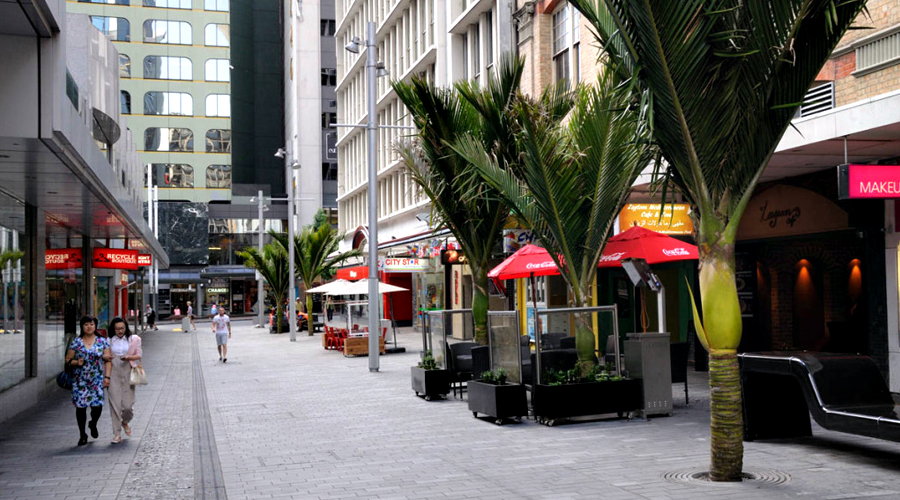 The Citygreen® modular Stratacell™ system has been instrumental in the upgrade of the Auckland public open spaces and streetscapes, which received an “unprecedented number of accolades” this year.

In April, the city’s streetscapes, play spaces and parks received more than half of the 53 awards at the New Zealand Institute of Landscape Architects (NZILA) Awards.

The Elliott and Darby Street shared space project won the 2013 NZILA Award of Excellence for Urban Design Category as well as the Roading New Zealand Excellence Award in 2012. 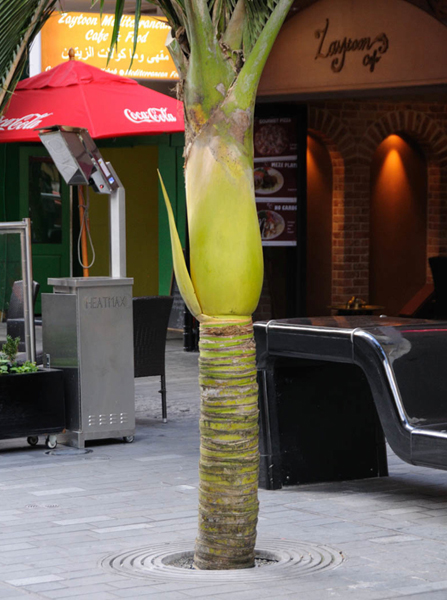 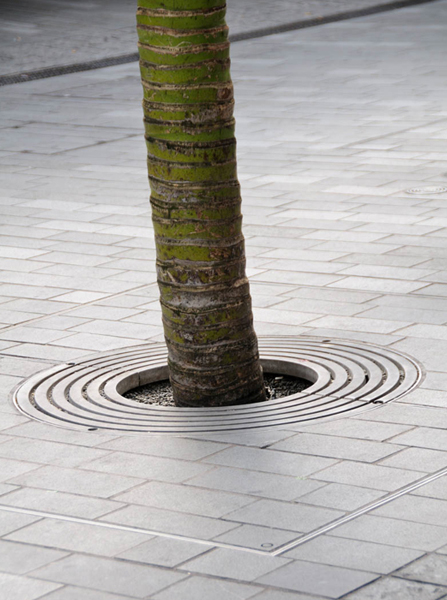 According to Rob, the Stratacell system can be built many times faster with unskilled labour than a conventional strip foundation and blockwall system with a load-bearing slab spanning across the top. Because of this, there are significant savings in traffic management, materials and labour costs.

He says one of the issues they encountered with the project was the complete filling of the cells with planter mix, which can be time consuming. But they were able to overcome this with a good planter mix selection that is dry enough to flow through the voids and filling layer by layer. 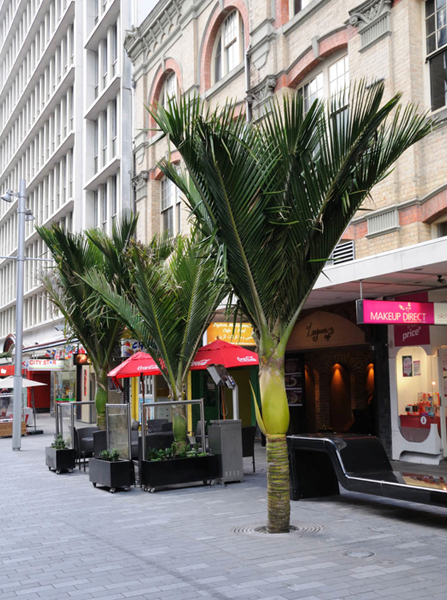 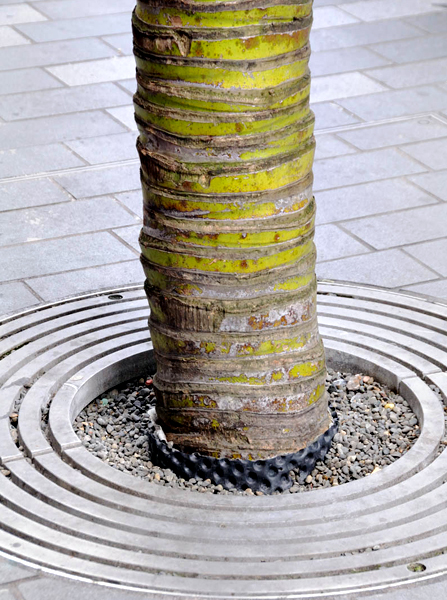 He says the Citygreen Stratacells were used in place of concrete bunkers and/or Structural Soil “due to cost, more top soil being provided for the trees and providing satisfactory load specifications for traffic use”.

The Stratacell SC250 modules are over six times larger than the previous models used by Arborgreen NZ, hence faster installation time and greater allowance for root growth. “Also, because they stack inside each other, there is a reduction in freight costs,” Paul says.

During the project, Rob found several issues including obtaining the correct base level and working around existing services. These are common challenges with most tree pit excavations and using the Stratacells made it easier to deal with them.

“Services running through the treepits can be simply accommodated either through the cells themselves or for larger services eliminating sections of cells and concrete encasing the utilities to support the next layer of cells. The time needed to maintain an open excavation is minimised with a Stratacell system with consequent savings in temporary shoring costs,” Rob says.

Paul agrees with Rob, saying that even with the existing services in the area, “Stratacells can be easily cut to shape if the services are too large for the apertures”. 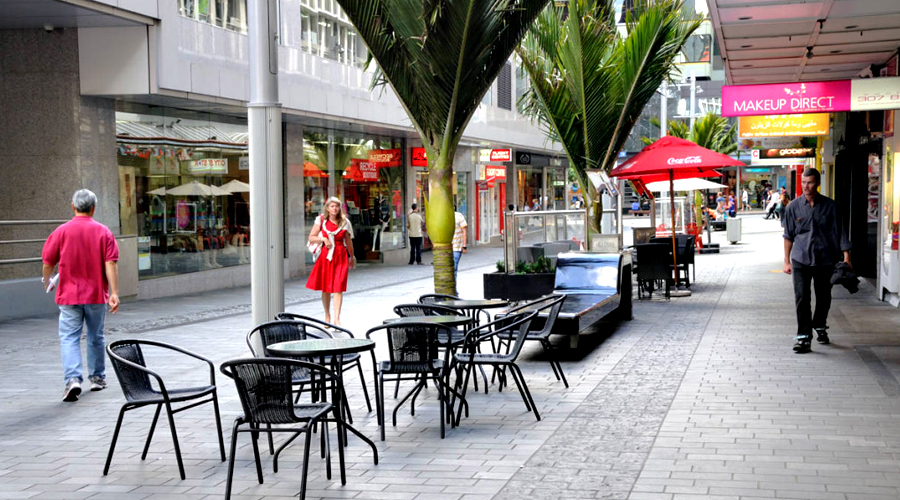 They found it very easy to install the system and had no difficulty training the contractor staff. “In most cases, two to four hours on site was quite sufficient to assist staff with the correct installation procedure,” Paul adds.

John Potter from Boffa Miskell, lead supplier of professional design services for the Auckland Council, said that after conducting trials involving the use of structural soil and tree cells, they decided to use the Citygreen modular Stratacell system. The Stratacells were used on the St Patrick’s Square project in the Auckland CBD, which won the NZILA George Malcolm Supreme Award and a Gold award in the Landscape Design Category in 2010.

“The Citygreen Stratacell system has performed in accordance with our expectations. We first specified the system for the St Patrick’s Square upgrade, and have specified it on all our subsequent CBD upgrade projects,” John says.

He added that the system provides designers with the ability to specify tree pits of a significant size without compromising the vehicular loading capacity of adjacent paved areas.

“This means that we can provide a below-ground environment optimised to successful tree establishment whilst continuing to cater for vehicle movements – trees can return to our city streets and make a unique contribution to our public realm and ‘sense of place’,” John says.

The project used a number of predominantly native species, including Pohutukawa, Totara, Nikau and Kowhai trees. John says all the trees planted in areas like the St Partrick’s Square, Darby Street, Fort Street, and Federal Street are “looking good and maturing well”.

Rob observes the same thing for the trees planted since 2008, when he used RootCells in the initial projects. “All trees planted have grown quickly and remained healthy,” he says.

Paul confirms Rob’s observation saying that the various Nikau Palms used for the project are growing very well. Arborgreen has been using the system for five years and found that the trees are showing excellent growth. 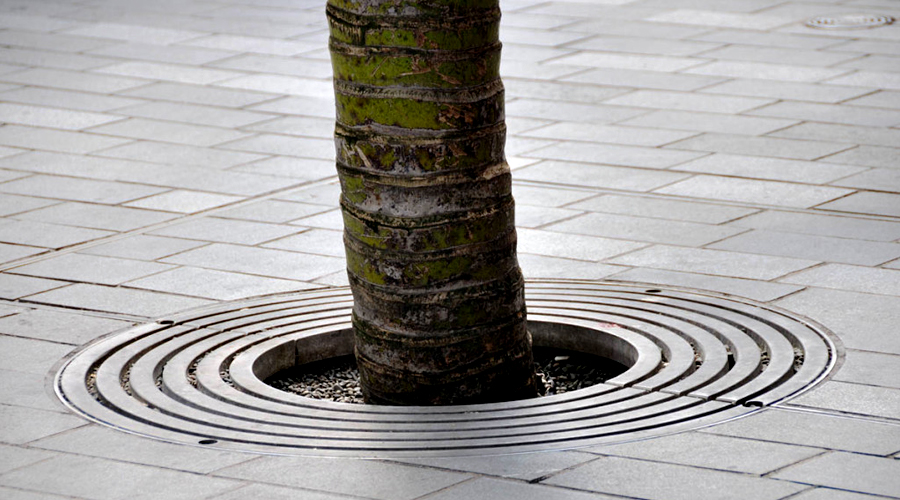 With the successful redevelopment of the Auckland CBD, John says pedestrian usage and economic activity has increased, and vehicular volumes and speeds have decreased within the shared space streets.

According to their survey in April 2012, more people have been using the Fort Street and Fort Lane, with pedestrian numbers increase by 54 per cent. Almost 20,000 people move through the shared-space area daily. After the upgrade, 96 per cent of users say they would continue to visit the Fort Street area and half of these said they would visit more often.

“The three initial Shared Space projects which all utilise the Stratacell system are proving very successful in the Auckland CBD with hospitality spends up 400 per cent and foot traffic up 50 per cent, of which is a good proportion must be from overseas visitors,” Rob says.

“We are getting very positive feedback from delegates at the ISLA Conference in April with many coming to our Trade Stand making further inquiries,” Paul says.

Rob believes that when you consider the overall advantages gained against a conventional treepit, the Stratacells system is more cost effective.

“We have assisted with the testing of structural soil systems but have found they were more time consuming and the soil porosity was inferior to the use of Stratacells,” he adds.

The results have definitely been noticed, especially by the jury of the 2013 NZILA awards, saying the project “illustrates the power of conceptual master-planning and integration of water sensitive design into public open space”.

“These projects are all shining examples of successful collaboration with industry experts, local boards and council officers and it’s great to see such wide-ranging recognition across Auckland in the awards,” says Mayor Len Brown.