The City of Cockburn, located in dry, hot Perth, Western Australia, is prioritising urban forestry by aiming to plant 15,000 street trees in its suburbs within the next 10years. Recent statistics showed that Cockburn’s existing green cover is just 26%, with almost 90% of that located in environmental reserves, parks and ovals. That makes for some very bare streetscapes! 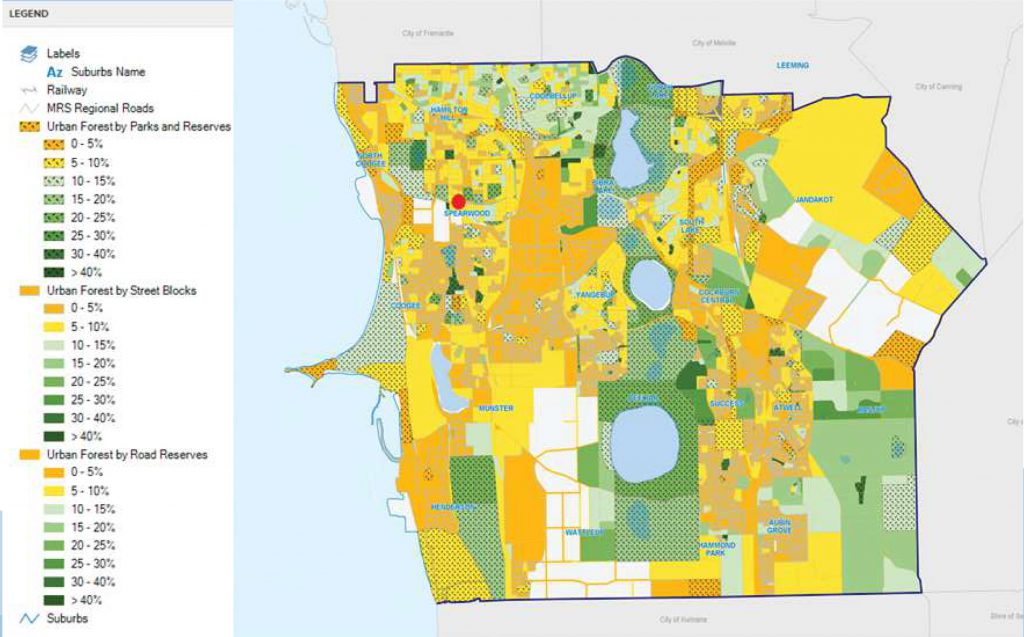 Urban forest coverage in the City of Cockburn

Lees said, “During the past decade the City of Cockburn has experienced rapid clearing of vegetation due to urban development. In a recent national survey on the state of vegetation cover in metropolitan Australia, Cockburn has ranked in the lowest quartile of the 140 local authorities studied for the degree to which they had lost shade canopy.

“The city must improve its shade canopy and the Urban Forest Plan will help balance urban expansion with a comprehensive program to maintain and protect the existing tree canopy, while expanding it in the future. A thriving urban forest has a multitude of benefits including lowering maximum summer temperatures in urban areas, reducing household energy costs and according to University of WA research, increasing property values by up to $17,000.”

We look forward to seeing a green transformation in Cockburn in the coming years!