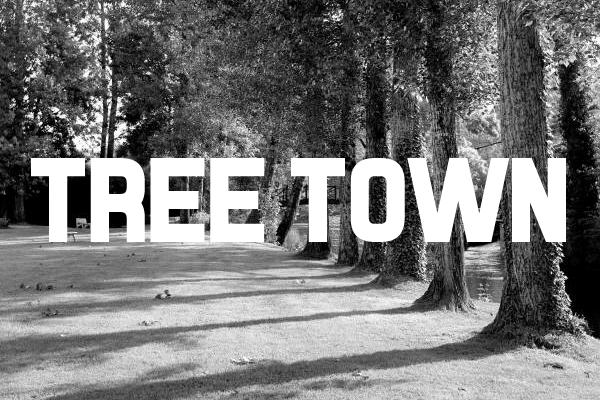 Most towns and cities have something to boast of, or be known by. The “blueberry capital”, the “garden state”, the “city of love” are all examples, and Ann Arbor’s Michigan is no different. Known as “Tree Town” by its residents, Ann Arbor is true to its nickname. The local community’s action plans and efforts in the local forestry is robust.

In the past year, the City Council adopted a new plan for managing the urban forestry. The plan, “provides policy direction and guidance to city staff on efforts to sustainably maintain and expand the city’s tree canopy. It includes 17 recommendations, including monitoring threats to tree health.”With just under 7,000 trees in parks and over 40,000 trees along city streets, an additional one million dollars was invested in the past year to compensate for backlogged tree maintenance. Other challenges, which are shared by other widespread areas across the United States include the emerald ash borer, which “led to the removal of thousands of ash trees. .”

On the positive side, the value of urban forestry proves itself by a landslide, and it’s estimated that, “Ann Arbor’s publicly managed trees provide more than $4.6 million in benefits to the community each year, including reducing stormwater runoff, saving energy, improving air and water quality, and beautifying the city.”

This 146 page document, the Urban and Community Forest Management Plan includes seventeen “specific recommendations,” including, “Recommendation #11: Enhance and develop programs that encourage active participation by volunteers in the development and promotion of a sustainable urban and community forest.” Actions and resources have thus far followed these intentions, and the City of Ann Arbor webpage cites resources including the 2016 Tree Planting Plan. The tree planting begins this fall of 2015 in November, and spring of 2016.

The clear development of plans, resources, education, and a sense of pride all create a success story for the future of Ann Arbor’s urban forestry. It stands that by following this model, and adjusting to each unique urban forest, other cities, towns, and communities could enhance their tree population’s health and longevity as well. Maybe all our cities could strive to be “Tree Towns.”

Urban Forest Plans in the Spotlight 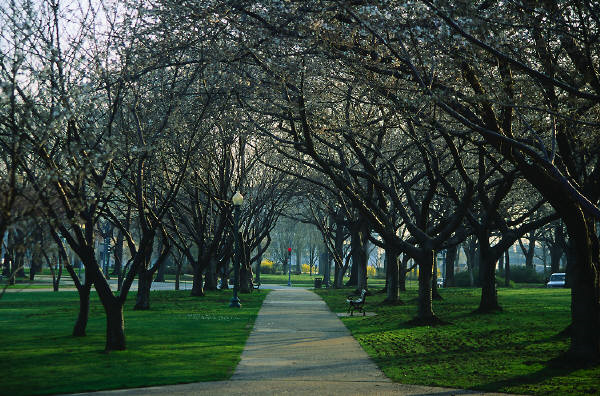 Urban Forest Plans in the Spotlight:

The City of Perth in Western Australia is developing an Urban Forest Plan to answer the continued threat of climate change.

“Cities are particularly vulnerable to increased temperatures because of solar radiation from impervious surfaces such as buildings, roads and footpaths which can create urban heat islands in some areas,” Scaffidi told PSnews Online.

“These increased temperatures have the potential to effect adversely the liveability of our city. It is important to mitigate the urban heath island effect by cooling our public spaces.”

The plan will focus on increasing canopy cover in public areas, replacing old trees, and protecting the existing trees and landscapes. So far, there are 6,900 street trees in the city, excluding the ones on Kings Park and the city’s 26 parks and reserves.

“Perth is regarded as a ‘green city’ but we are also a growing city, so it’s vital that we grow even greener,” Scaffidi told PSnews Online.

Meanwhile, in San Francisco, the city’s efficiency in maintaining its urban forest has been questioned after a fallen branch recently injured a pedestrian. Rachel Gordon, director of communications and policy at San Francisco Public Works, told The San Francisco Appeal that with only 10 full time arborists, it is hard to maintain the thousands of trees that are overdue for pruning.

The budget cuts to the urban forestry staff means that trees are being pruned once every 10 to 12 years instead of one to five years. The San Francisco Public Works have been trying to offload the maintenance responsibility of most of the 105,000 street trees to private property owners in the last couple of years.

However, Gordon says that there are property owners who refuse to care for the trees because of the cost. Public Works needs around $20 million annually to maintain a better pruning cycle.

Dan Flanagan, executive director of Friends of the Urban Forest, said in a statement that there should be a dedicated funding stream for street tree maintenance like in other cities.

Gordon agrees saying that the trees need to be professionally pruned, not by property owners, especially those that are 60 feet tall or are very old. At the moment, the funding for an arborist apprenticeship program at Public Works has bee approved. This will allow eight full time paid apprentices to join the current team.