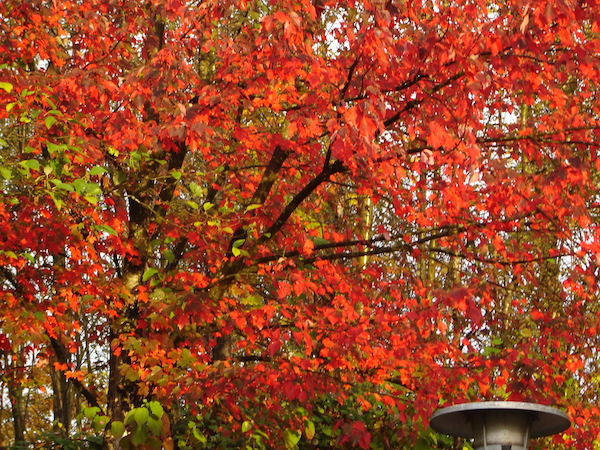 Urban heat islands are doing more damage than previously known, according to a new study by the North Carolina State University.

The research shows that “urban heat islands are slowly killing red maples in the southeastern United States”. The researchers have found that “warmer temperatures increase the number of young produced by the gloomy scale insect” by 300 percent. This in turn leads to 200 times more adult ones in urban trees.

The gloomy scale insect is a problematic tree pest. It is small, immobile, has no visible legs and antennae, and they look like individual fish scales pressed tightly against the plant they are feeding on. They suck the sap from trees, removing nutrients and energy. This reduces tree growth and can eventually kill trees.

“We’d been seeing higher numbers of plant-eating insects like the gloomy scale in cities, and now we know why,” says Adam Dale, a PhD student at NC State and lead author of the paper.

The research focused on red maple trees in 26 sites in Raleigh, North Carolina as they wanted to look at the most important pest species of the most common tree species in urban areas in the southeastern United States.

“Urbanisation reduces the amount of vegetation in a habitat and increases impervious surfaces such as roads and rooftops. This can diminish predator and parasitoid communities and their ability to control pests. However, it also makes cities hotter than rural areas.”

The research found that temperature was the most important predictor of gloomy scale abundance. The warmer the area the more scale insects were found.

Aside from the pest problem, the researchers also found that “higher temperatures increase stress on red maples by making it harder for them to get water from their roots to their leaves”.

“This work tells us that urban planners and foresters may need to change the way they decide which trees to plant, and select trees that are better suited to hotter conditions,” Dale says.

The researchers added that urban planners need to plant more trees and vegetation in cities to increase the shade on impervious surfaces and limit the urban heat island effect.

“It would also make sense to choose trees that are less susceptible to scales and other pest species,” he says.