Did you know Melbourne has an entire map dedicated to urban trees? 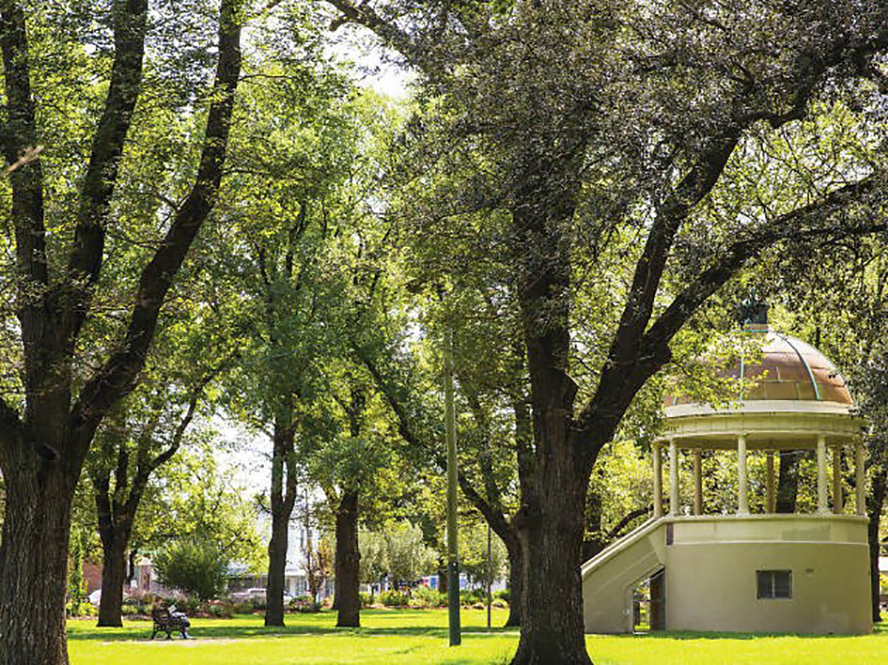 Did you know Melbourne has an entire map dedicated to urban trees?

Contrary to many major cities, Melbourne is home to a vast array of street trees. The urban jungle that is the Melbourne CBD is lined with an actual jungle of sorts, with leafy trees and green parks populating the inner city. If you’ve ever been enchanted by Melbourne’s street trees and wondered where you can learn more about them, prepare to be captivated by an online map that’s dedicated to the city’s trees.

The Urban Forest Visual is an interactive, online map that marks every single tree in Melbourne’s key urban areas. As well as naming the genus each tree belongs to, the map also lists details about each tree’s overall health and life expectancy. For example, the map shows many healthy London plane trees located near the State Library of Victoria. However, a few blocks down at the ‘Paris end’ of Collins Street, the London plane trees aren’t fairing as well.

You can use the map to look up tree data for the whole of the Melbourne CBD, as well as surrounding suburbs including Carlton, Docklands, Kensington, Parkville, Flemington and South Yarra. You can filter the map depending on whether you want to see street trees or park trees – and you can even email individual trees if you need to report something.

If you’re keen to see what the future holds for street trees in Melbourne, you can access a detailed tree planting schedule via the website. Each Urban Forest Precinct Plan includes a map showing when urban forest planting will occur in each street over the next 10 years. The tree planting roadmap shows when each street will be planted and what the scope of planting will be. In some streets, tree planting might be limited, while other streets may include intensive planting as part of a redevelopment project. Detail about the factors considered to develop the planting schedule is included in each local Precinct Plan.

Check out the tree planting schedule and find out everything you’ve always wanted to know about your favourite Melbourne street trees by visiting the Urban Forest Visual website. 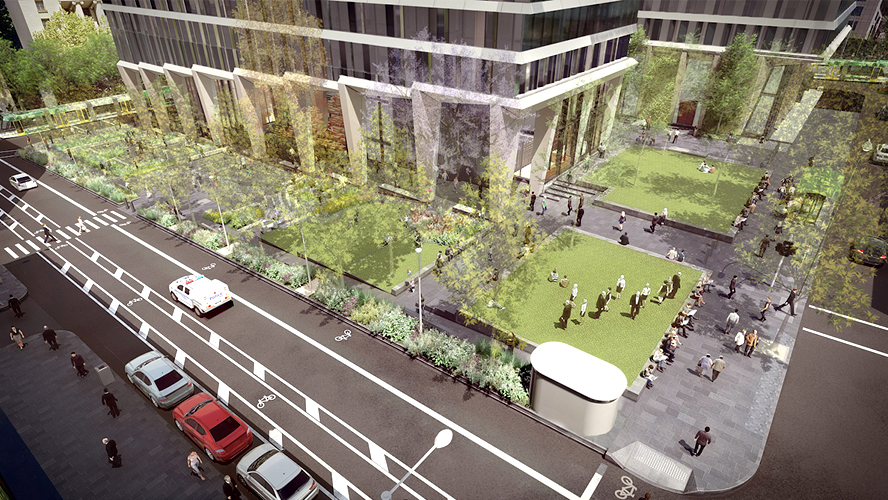 Landscape Architects, Oculus, have designed a new urban park for Melbourne’s CBD. The proposed park, which would be Melbourne’s first new public space since the City Square in 1980, spans 1,900 square meters. It is designed to occupy the western side of Market Street in Melbourne, including 1,300 meters of space which is currently used for car parking.

The park comes as part of an agreement between the City of Melbourne and the developer of the adjoining Collins Arch – a 164 metre twin tower, colloquially named “Pantscraper”. The proposal for Pantscraper was initially rejected by the state planning minister in 2014 because it breeched rules about overshading Melbourne’s famous Yarra River. However, it was later approved when the height was reduced – and the addition of this new park was negotiated.

The City of Melbourne is currently seeking public feedback on the park, which will feature a series of large, open lawn spaces on both the Market and Collins Street sides. It will include a modern terrace with water play elements and a paved plaza on Market Street, which could be used for public events. It will also include improved pedestrian access to the tram stop on Collins Street, plus a dedicated bike lane of the eastern side of Market Street.

Claire Martin, associate director of Oculus, said the park would be an “important addition” to the Melbourne CBD. “The introduction of an open green space will help extend the urban forest for public enjoyment,” she said.

“The park design is distinctly Melbourne, drawing on the materiality and history of the surrounding CBD streets and heritage buildings, incorporating elements of bluestone and sandstone”.

“The park will feature a number of environmental and biophilic elements, including an extensive tree canopy of varying heights woven throughout the space which will help to mitigate heat, the evaporative cooling benefits of the adjacent water wall, and use of local materials and place-based references”, Claire added.

“Perennial borders been incorporated to increase biodiversity in the city, utilizing where possible locally indigenous plants that were in the area prior to settlement.”

The council’s Future Melbourne Committee unanimously endorsed the plans at a meeting on 18 September. Community consultation closes on 10 October. If approved, the park will be developed by Cbus Property and handed back to the City of Melbourne for public use once complete.

Coromandel Place, Guildford Lane, Katherine Place, and Meyers Place in Melbourne are set to go green as part of the ‘Green Your Laneway’ pilot project by the City of Melbourne.  With over 200 laneways in central Melbourne, totalling nearly 9 hectares, the Green Your Laneway program aims to transform the city’s laneways into relaxing places to sit and enjoy, full of leafy, green spaces with vertical gardens and new trees.

The Green Your Laneway pilot project argues that laneways should be greened for the following reasons:

Working closely with residents and businesses, preliminary concept designs have been released for the four selected laneways showing a range of greening options that can be considered for each laneway. The concepts will be refined with further community engagement, and funded by the City of Melbourne.

The public is invited to share their views by exploring the initial designs and providing feedback on the Green Your Laneway site.

To find out more about the latest in vertical garden technology, click here.

New trees for Melbourne in response to climate change 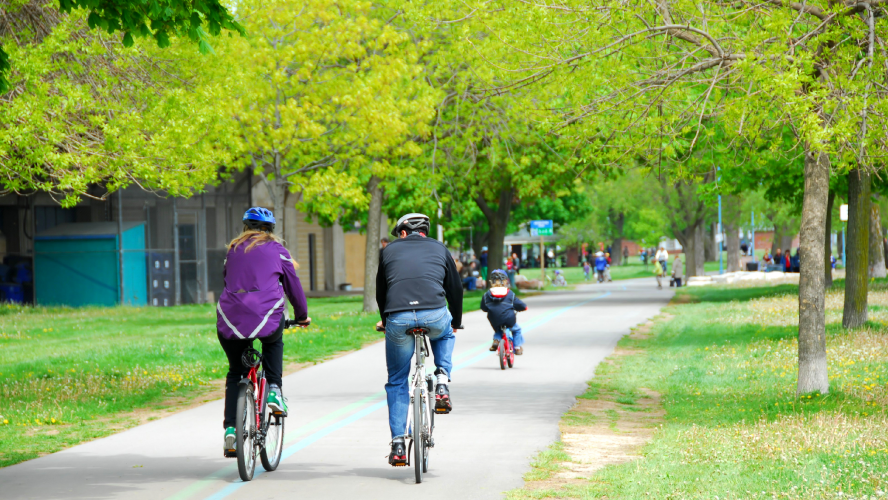 Climate change is undeniable with rising temperatures and drier conditions causing many of Melbourne’s established elm and plane trees to struggle. Melbourne City Council and Melbourne University recently teamed up, releasing a report advising which trees to plant to better cope with climate change.

Dr Dave Kendal studied tree inventories from 200 countries and selected 875 species suitable for warmer temperatures and sub-tropical climates. Lord Mayor Robert Doyle said the council commissioned the study after a startling discovery was made when scientists studied temperatures across Melbourne’s greater metropolitan area. “We found that the centre of the city is 5 degrees Celsius hotter than the outskirts,” Cr Doyle said.

In a bid to cool down Melbourne, 3000 new trees have been planted each year since 2012. With this new insight, council will focus on diversifying the urban forest, introducing Australian native species that thrive in sunny, warm climates such as hoop pines, Queensland brush boxes, and Moreton Bay figs. New exotic tree species that cope with warm temperatures and droughts, such as the Algerian Oak, and flowering tree species, will also be planted.

The city’s urban forest strategy costs $1.5 million each year, but Cr Doyle said it was a worthwhile investment. “We are doing a 100 years policy, our grandchildren and great grandchildren will enjoy the urban forest of Melbourne just like we have,” he said.