Home / Blog / Should Sydney be managed as an urban forest?

Should Sydney be managed as an urban forest? 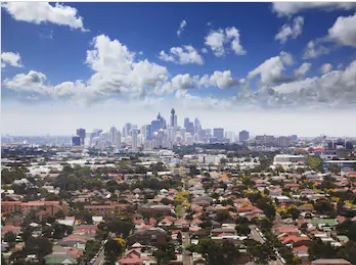 According to planning experts, Sydney needs a tree-planting program in suburban areas to boost wellbeing within the community and provide habitats for wildlife. These changes should be part of a shift to manage cities as “urban forests”.

Under the urban forest model, urban planners would consider tree canopy at a city-wide level and recognise trees as valuable assets with broad economic benefits.

“Land managers are looking at a tree as a liability, they’ve got to prune it, they’ve got to maintain it,” said Peter Davies, Associate Professor in Environmental Science at Macquarie University. “If we went to the other side of the ledger to value the benefits, we’d see that tree or that avenue of trees in a whole new light.”

Daniel Bennet, the Chairman of the Institute’s national advocacy committee, said street trees were most needed in the Sydney’s western suburbs. Canopy cover in Western Sydney is currently under 20 per cent in most places – well below the suggested target of 30 per cent.

In south eastern suburbs such as Botany Bay, Rockdale, Randwick, canopy cover is as low as 12 per cent. Western suburbs such as Fairfield, Auburn and Holroyd have marginally higher cover at 15-17 per cent. However, the difference in the western suburbs is that there are more soft, grassy surfaces where tree could be planted. This is opposed to the inner city which, according to the Benchmarking Australia’s Urban Tree Canopy report from 2014, is dominated by hard surfaces.

Mr Bennet said people visited large parks with leafy trees across Sydney, but lived in “harsh, polluted” suburbs with no little or no trees.
“I don’t think people realise what impact [more trees would] have on their lives,” Mr Bennet said. “Trees are more than things that create oxygen, they also improve our mental health, our anxiety levels and our general health.”

Dr Keane said “trees do something important that bushes and shrubs and open green grass can’t do” by regulating the climate. With predictions that western Sydney could have up to 52 days a year above 35 degrees by 2090 if emissions aren’t reduced (up from an historical average of 10.6 day), climate control is only set to become more critical.

Dr Stokes said tree canopy was a “big part” of both parts of his portfolio. “There are public open spaces and there are also open spaces that are private and the network of the two is important for sunlight and air and climate and biodiversity – critters don’t see the land boundaries,” he said.

Despite the Berejiklian government’s plan to plant five million trees in Sydney by 2030, the surge of construction in the city has come at the cost of trees. The construction of the light rail in the eastern suburbs involved the controversial decision to fell dozens of trees including several century-old Moreton Bay fig trees. More recent examples include 1900-2650 trees to be removed for the Parramatta Light Rail, and the proposal to clear more than 800 mature trees to build 3500 dwellings on the Ivanhoe Estate in the north-western suburb of Macquarie Park.