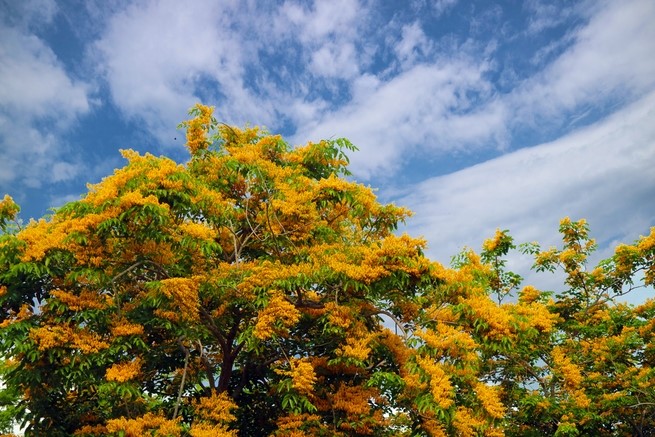 In recognition of the many gifts that trees offer to communities – such as shade, cooling, air filtration and beauty – legislators in the Philippines have proposed an ambitious new graduation requirement. Under the new bill, which has been passed by the House of Representatives, every student in the nation must plant 10 trees before leaving elementary school, high school and college.

While the bill has no counterpart in the Senate, making its future uncertain, that hasn’t stopped it from making headlines around the world. If formally passed into law, the “Graduation Legacy for the Environment Act” would make the Philippines government responsible for everything from producing seedlings to monitoring tree growth. Students would do the actual planting.

To ensure the bill has the desired effect of increasing natural tree canopy and protective native plant species, the bill is accompanied by some rules. First, it prioritises planting of indigenous tree species over imported varieties as a key step in preserving local biodiversity. Species such as Pterocarpus indicus or narra, the rose-scented national tree of the Philippines, has become extinct in some regions, making it a high priority for preservation. The bill also specifies where students can plant their graduation trees, with a focus on government-owned land, from rainforests to oceanside mangroves to city streets.

Co-author of the bill, Rep. Gary Alejano, said that every student planting 10 trees would result in 175 million new trees in the Philippines each year—or 525 billion “in the course of one generation.” However, this assumes that all the trees planted will survive, which is not a realistic scenario – particularly in urban areas.

For context, an analysis of street trees in the United States revealed an average lifespan of 19 to 28 years, which translates to an annual mortality rate of 3.5 to 5.1 percent. According to these calculations, only half of every 100 street trees planted would make it to their own high school graduation. However, these statistics shouldn’t discourage planting. In fact, they should encourage cities to plant more trees in a systematic fashion.

Despite the popularity of conservation projects, like the Million Tree Initiative, urban canopies are declining in many American cities. More research is required to determine why some trees thrive in certain environments, while others die. At any rate, one thing is clear – just planting trees isn’t enough.

In urban areas, where humans and nature co-exist, trees need to be actively managed. They require pruning, soil aeration and protection against invasive species. So, while the Philippines bill faces many obstacles – both political and natural – it’s a good reminder that anyone, anywhere can make a difference by planting a tree or 10.