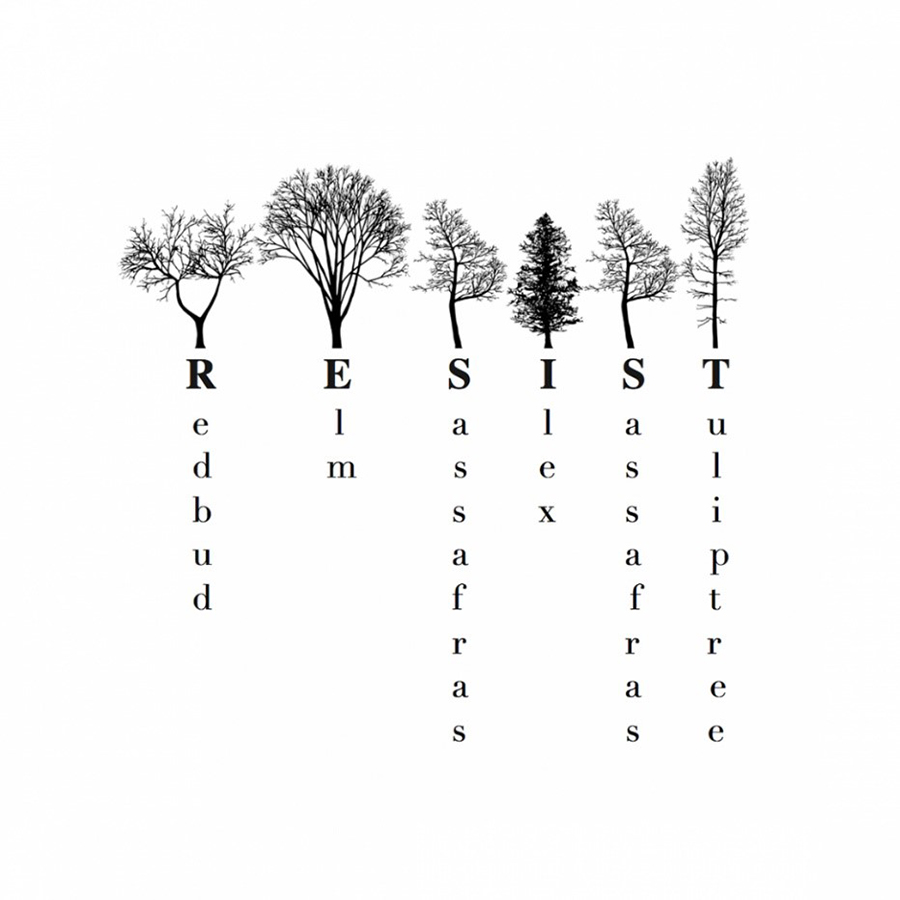 New York artist, Katie Holten, has created an innovative New York City tree alphabet in dialogue the NYC Parks Department. Soon, she will lead the planting of messages from the local community with the living typeface.

Each letter of the alphabet is represented by one of the city’s native or non-native trees –ranging from the elm with its twisting branches for E, to the cone-shaped umbrella pine for U. The letters also signify how the urban forest is changing due to environmental impacts.

“Planting trees is political,” Katie said. “In a sense, the entire A to Z itself is a reflection of climate change.”

“I wouldn’t have felt compelled to make [the tree alphabet] if everything was hunky dory. A large part of the project is the simple fact that it’s a fun, accessible way for people to learn about New York City trees and see how natives, non-natives, and other species new to New York City are all being planted together.”

The idea for a tree alphabet first sparked when Holten was working on her 2015 book, About Trees.

“As soon as I made the book I realized that a tree alphabet could potentially be used as a planting guide, you could use it to plant messages in the landscape with real trees,” she said. “It was so simple, so obvious, begging to be done.”

Despite being known as a concrete jungle, New York has a diverse and impressive array of flora, which is easy to overlook while walking through a park or street. Many of these interesting species – like the Tuliptree or towering Redwood – are represented in the alphabet.

In creating the tree alphabet, Holten communicated with NYC Parks to ensure each letter ultimately reflected the current conditions in the environment.

“Parks has three planting palettes: for streets, parks, and forests,” Holten explained. “Their planting lists are shifting — there are trees they’ve planted a lot in the past, but no longer plant for various practical reasons; there are trees new to New York City that they’re planting because of the changing climate.”

There are already deliberate patterns to New York city’s, whether anticipating climate change, addressing tree diseases, or choosing specimens that will be the right fit for a specific neighbourhood. Now Holten, together with NYC Parks, hopes to plant them in messages – a living language that will encourage literacy about local nature, the effects of climate change, and conservation.

“Everyone’s invited to share messages with us and we’ll select one — or more — to plant,” Holten said. “I’m excited to see people’s love letters, as I call them. Of course, the first word I wanted to plant was ‘Resist.’”

The New York City tree alphabet is available to download as a free typeface.