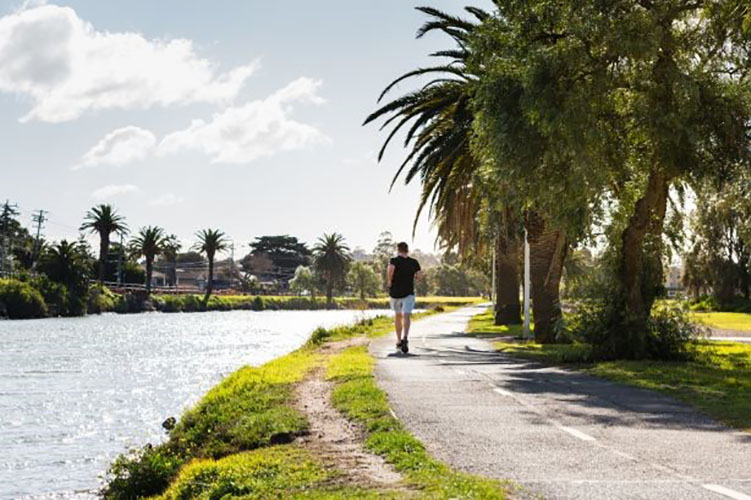 The City of Moonee Valley in Melbourne has been shortlisted for a major international award, thanks to an ambitious plan to plant 30% more trees by 2040.

The city was nominated by a panel of esteemed judges, including entrepreneur Arianna Huffington and architect Daniel Libeskind. It’s the only Australian city in a field of 16 global contenders that incudes Los Angeles, Milan, Lisbon and Avia.

“We’re very excited to be part of this award, particularly as we are the only nomination from Australia,” says Moonee Valley mayor Narelle Sharpe. “It certainly makes it a bit more special, considering there were 100 applications.”

The plan to increase Moonee Valley’s tree canopy is the result of more than two years of community consultation and was endorsed before the award nomination.

“The main area that kept cropping up was ‘a healthy city’,” says Cr Sharpe of feedback from residents, adding that the extra trees will provide cooling and shade, plus a more pleasant environment for people to socialise, live and shop.

While the mayor would like to increase tree canopies across the whole of Moonee Valley, she says the primary area of focus will be the areas along the Maribyrnong River.

As part of the urban forest plan, the council has endorsed moves to protect existing trees, as well as planting new ones. This will be made possible using processes similar to heritage overlay, however residents have also been encouraged to nominate trees worthy of protection.

“People are really getting behind it,” says Cr Sharpe. “[We] had one gentleman who was upset that his tree hadn’t been nominated and it was on his property.”

Winners of the Wellbeing City Awards will be announced at an event in Montreal, Canada in April 2019.