Darwin to increase tree canopy in response to Cyclone Marcus 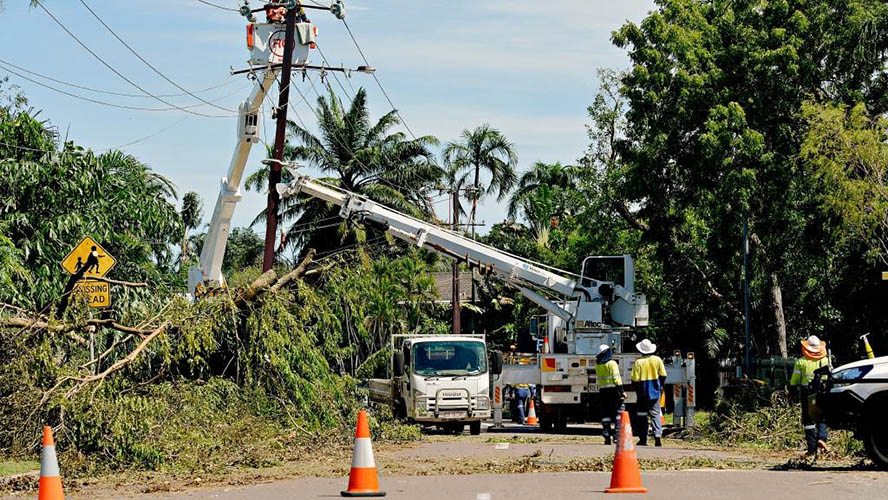 Darwin to increase tree canopy in response to Cyclone Marcus

Darwin Council has set a lofty long-term goal to cover half of the CBD in natural tree canopy by 2030. The plan comes in response to a report into the aftermath of Cyclone Marcus, which claimed more than 10,000 trees in early 2018.

The report, prepared by the Tree Re-establishment Committee (TRAC), focuses on developing an urban forest management plan, and is supported by Darwin Lord Mayor Kon Vatskalis.

“We want to plant as many trees as possible, create a canopy over the streets and cool down the city,” he said.

“(TRAC) had the look at the report from the cyclone … they also had a look at reports in other places where trees caused destruction and looked at which ones fell down and which ones stayed up,” he said, adding that TRAC also returned a list of 194 trees that were suitable to the local environment.

While the Mayor advised that major plans would start rolling out in early 2019, members of the local community have already embarked on replanting projects to breathe new life back into Darwin. In November 2018, one key location in each of Darwin’s council wards was targeted for a ‘replanting day’, with several replanting days scheduled since.

“The community planting days are a great way for the community to come together and help council get areas that were severely affected by Cyclone Marcus started on their recovery and bring areas back to life with new trees” said Lord Mayor Vatskalis.

He also said that, while efforts would continue well into the future, the replanting projects were a wonderful start and would allow Darwin residents to get a better understanding and appreciation of the extent of Cyclone Marcus’ damage.

“Replanting will be ongoing for many years to establish a diverse and resilient urban forest. I encourage local residents of all ages to come along and help rejuvenate these spaces.”