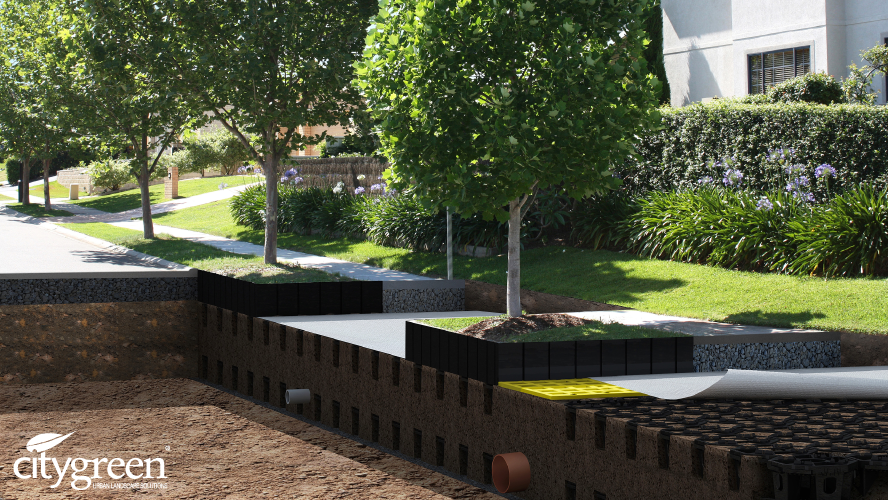 All city councils have an asset register detailing the value of assets like roads, parks, street furniture, and so on. Increasingly – and rightly so – trees are being included as quantifiable assets. In the past, it has been hard to quantify the value of trees, but today there are a number of methodologies for doing so. One such method, the Burnley Method – developed by Dr Greg Moore at the Victorian College of Agriculture and Horticulture Limited, Burnley Campus – is now being widely used and accepted. Available for download here https://croydonconservation.org.au/wp-content/uploads/Burnley-method-Tree-value-pdf..pdf

The City of Melbourne are pioneers in valuing their trees and looking after them accordingly. In fact, residents can even email local trees to raise concerns about their health or express their appreciation and affection for the tree. By putting a value on trees, councils are able to protect them in new and quantifiable ways. For example, if a developer is building near a valuable tree, the council may require them to pay a bond – refunded provided the tree is unharmed post construction. If a developer destroys or removes a tree without permission, the council is able to sue that developer for the value of the tree per their register. All of this is effective and much-needed motivation to keep our valuable urban trees safe.

A council’s asset register forms a key part of their balance sheet. As the assets degrade over time, there is depreciation. Spend money on their assets, and there is growth. Naturally, councils want to spend money wisely in order to generate the greatest return on investment. 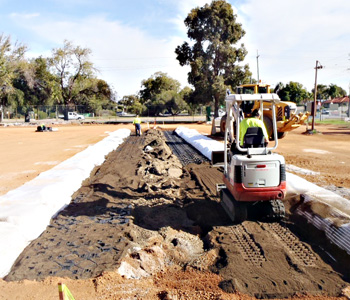 Installing the underground soil vault system beneath the parking lot.

Internationally, providing enough shade in carparks is a big issue. Not only does shade drastically improve the shopping experience, it also prolongs the life of the pavement. In the City of Belmont, Perth, Citygreen’s Stratacell system had a massive impact on the council’s bottom line. In an asphalt carpark next to an oval, five London Plane trees were planted in quite narrow islands, with adequate space and soil volume provided using the Stratacell system beneath the carpark pavement. The cost for the five trees (including the Stratacell system) was $50,000.

Four years later, as reported by Council, the trees have grown at an unprecedented rate – from a 75mm/3” trunk diameter at time of planting, to 250mm/10”. Today, according to the Burnley method, these trees are valued by Council at $17,500 each – an amazing return on investment in just four years, with so much growth (literally and financially) still to come.

As a comparison, the same council has the same species growing in a nearby carpark using the conventional method. The carpark was laid, a square cut in the pavement, some curbing placed around the edges, roadbase dug out, and a soil loaded into the hole. Planted 15 years ago (versus only four), these trees are valued at only $510 each. Of course, the initial outlay was much less ($250 per tree), but the return on investment does not compare.

Essentially, using the Citygreen soil vault system, this innovative Council was able to grow trees worth 34 times as much – in one quarter of the time!. As more emphasis is placed on generating ROI in relation to the value of trees, adopting innovative technology which enables trees to thrive in urban environments must be a priority. Of course, this is not just about improving councils’ bottom lines, but also improving the health and wellbeing of the communities they serve.