Can tree canopies help to offset increases in urban heat? 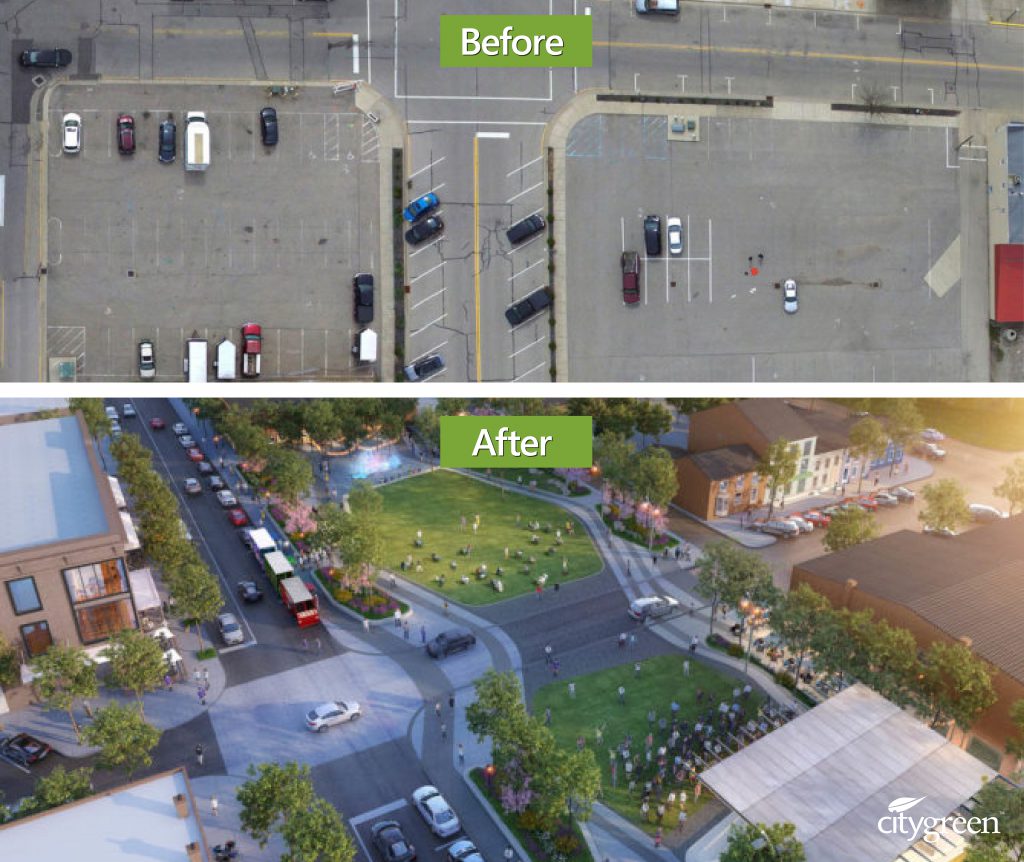 Transformation of an impervious parking lot site in Lawrenceburg, Indiana to a public green space providing a desirable amenity to the community, while also reducing UHI and stormwater run-off.

What is an Urban Heat Island? 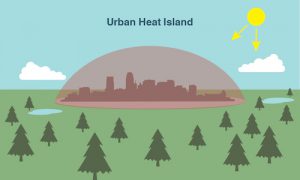 An urban heat island occurs when a city experiences much warmer temperatures than in nearby rural areas. The difference in temperature between urban and less-developed rural areas has to do with how well the surfaces in each environment absorb and hold heat.

Why does this happen?

Urban Heat Island effect (UHI) is a very real challenge in cities -it’s recorded and documented that cities are heating up, becoming far hotter in some cases than any modern recording statistics available. Urban climates are distinguished by the balance between solar gain and heat lost from walls, roofs and ground; by heat exchange via air movement between ground, buildings and atmosphere; and by the generation of heat within the city itself (Earl et al, 2016).

Quality of urban life at risk

The combination of a warming climate, Urban Heat Island effect (UHI) and longer, hotter and more frequent heatwaves is having a growing impact on the quality of urban life, from simple low-grade misery to increased risk of death. Lack of vegetation cover is a defining feature of built-up urban areas. It is also a major contributor to the Urban Heat Island effect (UHI) effect through decreased evapotranspiration in cities. Vegetation facilitates Urban Heat Island effect (UHI) mitigation via evapotranspiration, shading and providing cooler surfaces to reduce mean radiant temperature (the ‘averaged’ effect of heat radiating from surrounding surfaces). Suitable species selection and planting design with taller vegetation – shrubs and trees – can also help channel cooling breezes to where they are needed. In addition, urban vegetation supports the combat of climate change by more effective stormwater management, improved air quality, biodiversity, urban ambience and energy-saving, often referred to as ‘co-benefits’.

How to reduce the urban heat island effect